All drop-in and organized programs at the Penhold Regional Multiplex cancelled
Dec 1, 2020 1:00 PM By: Johnnie Bachusky 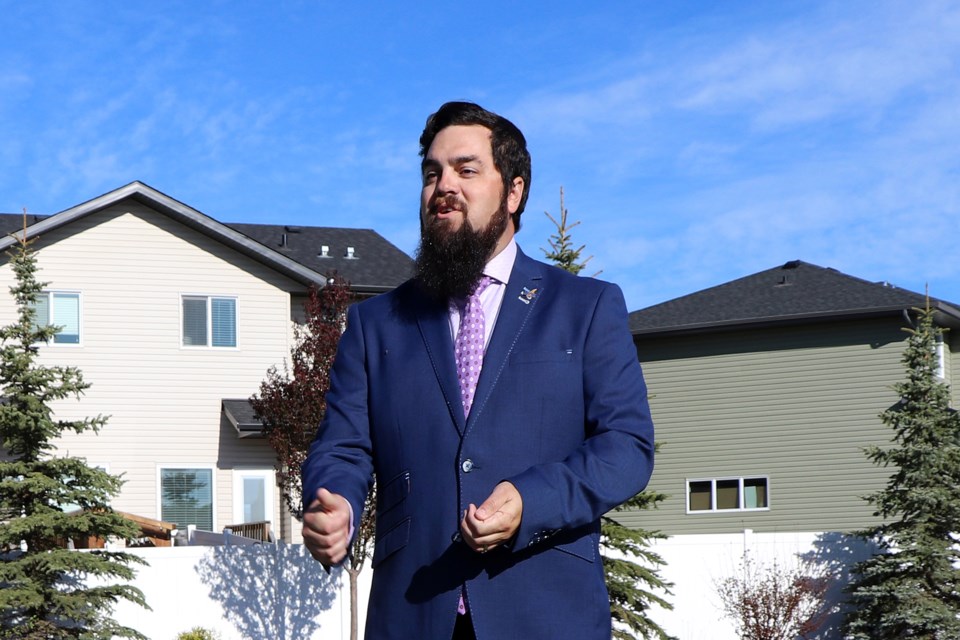 Penhold mayor Mike Yargeau and the town are inviting families to book the ice at the Penhold Regional Multiplex for a family skate. File photo/MVP Staff

PENHOLD – The town has a full slate of new COVID-19 restrictions in place following last week’s provincial crackdown on the pandemic.

The new tough rules were announced on Nov. 24, and will be re-evaluated on Dec. 15.

However, town officials were still waiting for word and more clarity from the province about peace officer enforcement, particularly for the new rules on private gatherings and parties. The province announced indoor close contacts must be limited to people in the same household. For people who live alone, they can have up to two non-household contacts for the duration of the restriction.

However, Penhold mayor Mike Yargeau said later that day the town still had not received any update from the province.

“As of now our peace officers are still unable to enforce any public health orders,” he said Yargeau.

Despite questions over the indoor gathering issue Yargeau did say last week he was “glad” to see the COVID guideline changes on Nov. 24 as he felt citizens “needed some direction” from the province, a point he made aggressively and publicly clear earlier in November.

“Whether this is enough or too much or too little I kind of concede my ground to the public health experts, so if they are saying this is good, I support it,” said Yargeau. “As far as what it means for Penhold we are just going through that figuring out where we stand with the new rules.”

By Friday of last week, the town announced that all drop-in and organized programs at the Penhold Regional Multiplex were cancelled, including all organized sports at the arena and the Drop-in Kid’s Gym, Drop-in Family Skate and Drop-in Pickleball programs. All user group bookings from Nov. 27 through Dec. 18 were cancelled.

However, the arena can still be open for private bookings. The town is inviting families to contact the town office to book ice times for only those living under the same roof.

“We are tying to make it available for families to get out and skate for an hour. The ice is in there. We are trying to make use of it but there can be no group events there,” said Yargeau.

All group classes at the Fitness Centre have been cancelled. The centre will remain open for individual workouts with COVID-19 restrictions in place.

The new COVID rules also impact planned events at Memorial Hall. All bookings have been suspended. The town also announced the Penhold Youth Club (PYC) would return to virtual programing as of Nov. 26.

As for the always controversial face mask issue, the mayor said that was also discussed by area mayors. The province announced on Nov. 24 that effective Nov. 24, masks are mandatory in all indoor workplaces in the Calgary and Edmonton areas. This applies to all employees, visitors, delivery personnel and contractors.

However, outside those areas, including in enhanced zones such as Penhold, it will be up to individual municipalities to make their own decisions on whether the wearing of masks should be legislated.

“I would have preferred to have seen a province-wide ruling than leaving it to individual municipalities but at the same time I understand why we didn’t get that,” said Yargeau,

noting the town as of now does not have a mask bylaw, and administration has not been asked by council to do any research into it.

“For now, we are not having one,” said Yargeau, adding business owners are reporting that the number of citizens wearing masks has been “quite high” in Penhold. “Especially compared to some of the smaller towns and the people they talk to in their fields.