New vehicle replaces one vandalized in November
Jan 2, 2020 6:35 AM By: Kristine Jean 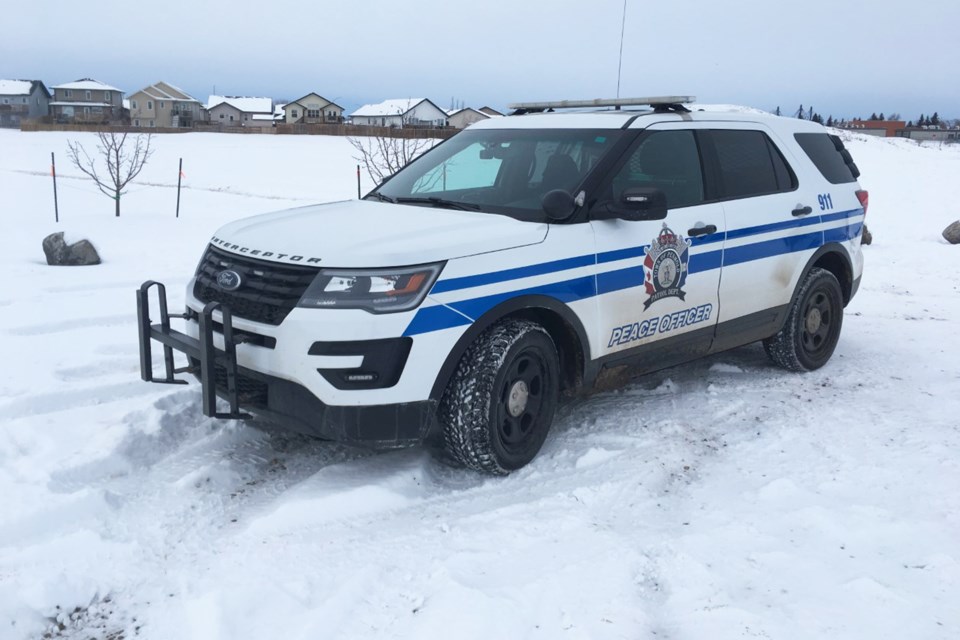 Penhold's new peace officer vehicle, a 2016 Ford Police Interceptor SUV, completed its first patrol on Penhold streets on Dec. 11. The vehicle is a replacement after the town's previous one was badly vandalized in November. Submitted photo

PENHOLD – There’s a new peace officer vehicle on the roads.

Penhold council voted to purchase a previously-owned vehicle after the current one was badly vandalized at the end of November.

“At council we passed a motion to purchase a replacement vehicle from the Municipal District (MD) of Bonnyville,” said Mayor Mike Yargeau, noting the new cruiser was servicing the town before the middle of December.

The 2016 Ford Police Interceptor SUV with 201,064 kilometres, was previously used as a peace officer vehicle in Bonnyville and purchased by the town for a price tag of $16,000.

The Town of Penhold decals were added to the vehicle earlier this month and the vehicle made its first patrol on Penhold streets Dec. 11.

During the time Penhold peace officers were without a vehicle, they worked with Innisfail RCMP to ensure law enforcement presence, noted Yargeau.

“We’ve had foot patrols as best they can do and the Innisfail RCMP has been very good in this stretch (of time). We let them know that we were without a peace officer vehicle, so they increased their patrols in Penhold over the last couple of weeks to help us out,” said Yargeau, noting the town currently has two peace officers and one vehicle.

In the early morning hours of Nov. 21, the Town of Penhold’s car compound was broken into and the peace officer vehicle was vandalized.

Four suspects gained access to the inside of the locked compound, vandalized the vehicle and stole a number of items from inside the locked car. The suspects also broke into the trunk of the cruiser and stole all the emergency equipment.

Yargeau said an estimate of damages has not been confirmed.

“We don’t have a final figure yet. From the pictures, we know it’s going to be a lot, but the insurance adjuster hasn’t given us a number yet,” he said.

In addition to purchasing the replacement vehicle, the town is considering increasing security around the Penhold Regional Multiplex, where the vehicle is kept.

“It’s an unfortunate thing that happened and we want to make sure it doesn’t happen again, but we’ve also got to look at what our options are,” Yargeau concluded.