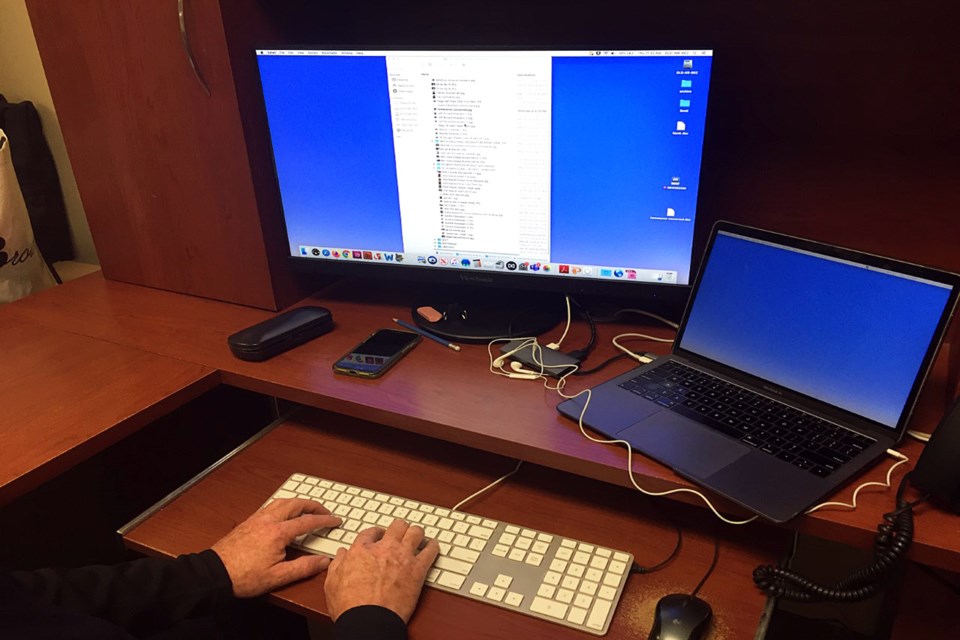 The Town of Penhold is getting ready to invest more than $3 million for an improved high-speed broadband fibre optics internet service for the community. Johnnie Bachusky/MVP Staff

PENHOLD – The town has taken a major step forward to improve local internet service, a move that could see the municipality investing $3.4 million into a fibre optic project.

During its regular meeting on June 8, council directed administration to compile a business plan for the August meeting that would lay out alternatives and costing for the project that could ultimately see every home in town utilizing a high-speed fibre optic internet service.

Local residents and businesses are currently relying on cable and phone lines for their internet.

Mayor Mike Yargeau said the move is all part of a partnership with Red Deer County, which announced earlier this year it was partnering with Penhold and the Village of Delburne on a $9.2 million rural fibre optic project.

“It (the project) would be in conjunction with what they (Red Deer County) is doing. It would be the same project basically,” said Yargeau, noting the county has already started with a fibre optic system at Junction 42, and is in the process of extending it to Delburne.

The county is contributing up to $4 million on the project while Delburne announced last March it is investing $1.15 million.

“This will make Delburne the smallest community in Alberta to have 1 gigabyte internet service,” said the Village of Delburne on its website, adding the community will soon experience “increased communication, a reliable network and a boost in economic development opportunities.”

Full installation of Delburne’s fibre optics internet service is expected to be completed in the fall.

In the meantime, Yargeau said it’s hoped Penhold’s $3.4 million share of the project will be covered off through provincial and federal grants.

He said the Town of Penhold, the Village of Delburne and Red Deer County has submitted a joint proposal to the province for grant funding.

“The county is going ahead with the Delburne portion already, and obviously if we can get funding from the province it just means more that we will be doing,” said Yargeau, noting the federal government has announced funding for rural broadband upgrades, which the town has applied for but has not yet heard back if they have been successful.

He said the fibre optics internet initiative is a major move for the town, especially for its growing business sector as it would maintain a “competitive advantage” with its neighbouring municipalities.

“High-speed internet is the lifeblood of new businesses, and rural Alberta suffers because we don’t have the capacity to have high-speed internet and to provide that to businesses,” said Yargeau, noting Innisfail and the City of Red Deer have the top-of-the-line internet service, and Red Deer County is aggressively moving towards it.

“If we want to stay competitive and be able to attract new business and development internet is essentially becoming a core infrastructure.”

Penhold supports county in fight with province
Sep 12, 2020 6:00 AM
Comments
We welcome your feedback and encourage you to share your thoughts. We ask that you be respectful of others and their points of view, refrain from personal attacks and stay on topic. To learn about our commenting policies and how we moderate, please read our Community Guidelines.