Learning life lessons between the pipes in Penhold 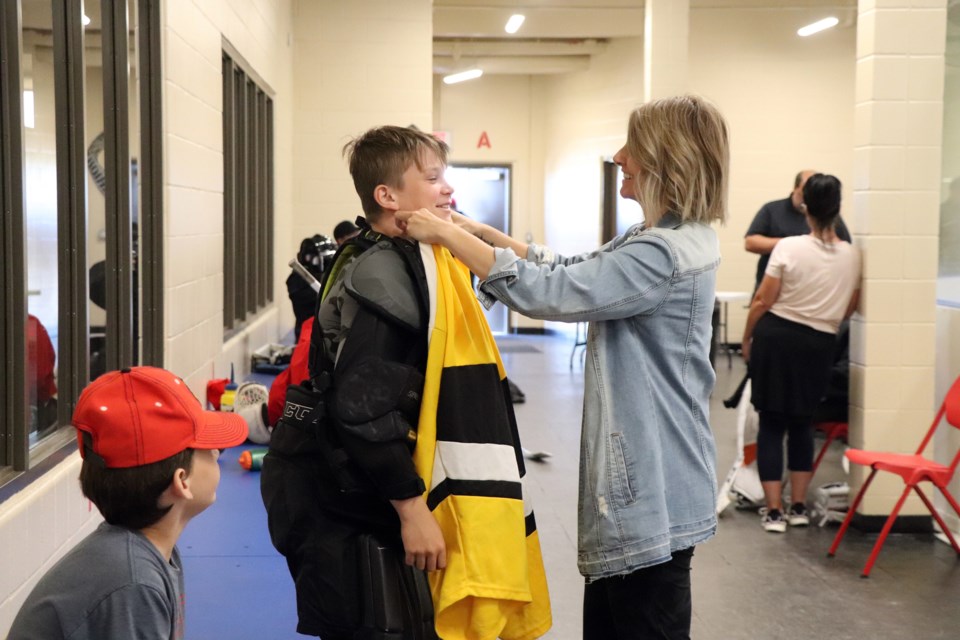 PENHOLD – For a greater part of his life Kraymer Barnstable has lived a passion to block shots.

That’s what hockey goalies do.

Drafted by the WHL’s Vancouver Giants in 2005 at the age of 15, he began a hockey career that saw him play with five different junior teams, including the Red Deer Rebels in 2009 and 2010. He didn’t turn pro but chose post-secondary education at the University of British Columbia and Red Deer College, where he also blocked shots for both schools.

He didn’t quit there. From 2016 to 2020 he went between the pipes in the senior leagues, playing for both the Lacombe Generals and Innisfail Eagles.

But years earlier, he was already looking at options when his on-ice career was over. In 2008, while playing for the Giants, he recognized a need for a goalie school that would perfect a young goalie’s individual style rather than changing it to fit a different technique. He created Stable in the Net, a business that offers goalie instruction from his experience and skill set to the young to pursue their hockey dreams, and to grow as individuals.

“Earlier on when I started this I’d feel guilty that I didn’t have a job but then I remembered that it was a paying job,” said Barnstable on July 21 while teaching his skills in Penhold. “Nowadays it is awesome and still a passion.

This week he begins a series of six week-long goalie hockey camps that are running in Penhold until the end of August. Prior to the camps, Barnstable and his team of coaches were at the Penhold Regional Multiplex throughout July to provide hour-long instructional semi-private lessons to aspiring goalies from the ages of eight to 20.

The sessions, which he also runs during the regular season, specializes in one-on-one time between student and teacher, as opposed to camp, which has a different format, including a dry land component.

“We teach the kids the skating technique, proper save selection and different things that obviously go into making them a better goalie and understanding the position more,” said Barnstable, adding this instruction is also offered at the camps but with a difference in mind.

“With the camps, because you know you have the same group, you can progress each day into a different skill set, whereas sessions are kind of random with these one-on-one groups, trying to hit all the different points in one session.”

Most importantly, Barnstable the instructor is a big believer in developing the mind component for aspiring goalies; specifically their attitude, as well as their ability and willingness to learn, and ability to focus at a task in hand, both on the ice and off.

“I find that to be one of my favourite components of the camps, to work with the kids’ minds to try to help them grow and mature,” he said.

Barnstable concedes the mental component of the game was an area he came to grips with only when his best junior years were over.

“When I was played for the Innisfail Eagles that is when I started to know how to mentally prepare and how to visualize things,” he said. “I like to include that as part of all my camps and even some of my on-ice sessions to work on the mental side.

“If they don’t end up making the NHL, and very few kids do, it should be something to help them grow a lot as individuals, even in school and when they get into the work world – just the life lessons that you learn in goal,” he added.  “I always say that the life lessons you learn as a goalie over qualify you for life because you are dealing with a lot of things that most people wouldn’t deal with on a daily basis.”