Forever special being Class of COVID-19 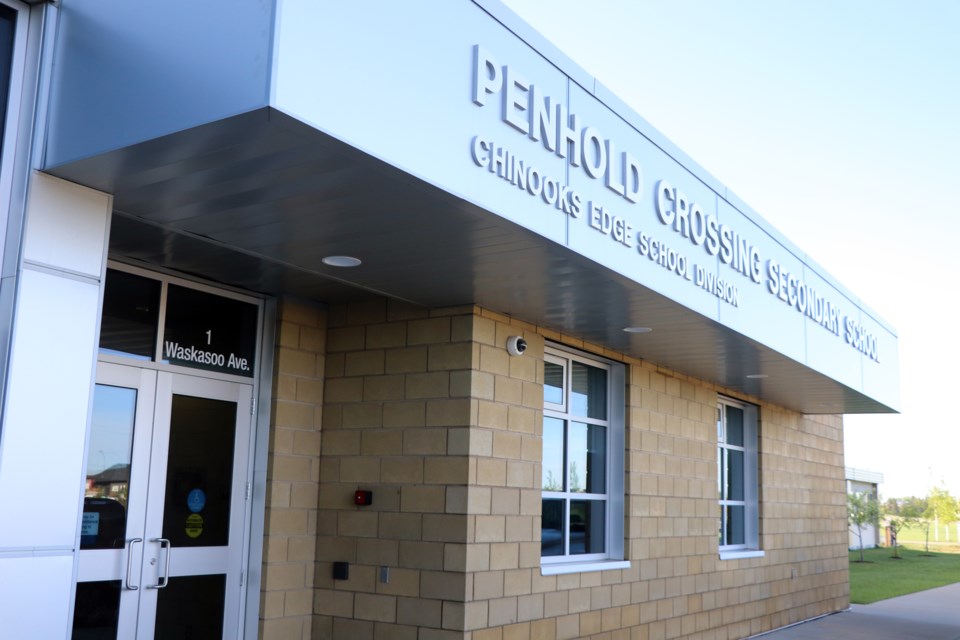 Graduating students from Penhold Crossing Secondary School will have to wait until the fall to have their traditional ceremony. Johnnie Bachusky/MVP Staff

PENHOLD – There will be no traditional graduation for Penhold students until fall but they at least had a recent chuckle at realizing their special place in history.

“As I said to them in the meeting we had online, ‘you’re not the Class of 2020, you’re the Class of COVID-19,’’’ said Scott MacDonald, principal of the 332-student Penhold Crossing Secondary School. He said he recognized that the 30 graduating students were feeling a sense of loss and sadness of not being able to have a traditional graduation due to the COVID-19 pandemic but was gratified the students had a sense of humour at the special uniqueness of the situation.

“It’s certainly going to be one of the most memorable grads in history and you will never forget it,” said MacDonald. “I think in a lot of ways we are going to try to say a little bit to the uniqueness of the situation and the fact they will have a story to tell their kids that probably nobody else will in the history of graduations in North America.”

As for the traditional graduation ceremony that is being moved sometime in the fall, MacDonald said the school is still soliciting feedback from parents and students through a survey to see what that can look like for Penhold’s special Class of 2020.

“A lot of that will depend on what the province tells us what we are allowed to do, in terms of gatherings and what not,” he said.

He emphasized the school is still in the “exploratory stage”, noting the survey is almost completed.

“We want to make sure we get the student and parents’ voices in there, and based on the feedback we get from them, and the direction we get from our school division and the province will determine what kind of event we will have,” he said, adding there has been some discussion of even having an outdoor event if the school is allowed in the fall to have larger gathering outside.

MacDonald also said there has also been talk of having small groups in classrooms throughout the school with parents waiting outside, and then moving to the gym to have pictures taken of each student accepting his or her hard earned diploma. MacDonald said he expects preliminary plans to be ready in a few weeks, with a couple of tentative dates established.

He said addressing the sensitive graduation issue during the COVID-19 crisis has been ongoing with student and parents before the Easter break.

MacDonald said he promised them that graduation would be honoured and done “appropriately” but it was also important to find the right time to do it safely.