Welcoming a new industry to town

Sundre is slated to have a new biomedical industrial facility in town. The value of the facility’s first phase, which will feature 42,000 square feet and require about 50 employees, is valued at $10 million.
0
Apr 18, 2018 12:00 PM By: Jonathan Allan 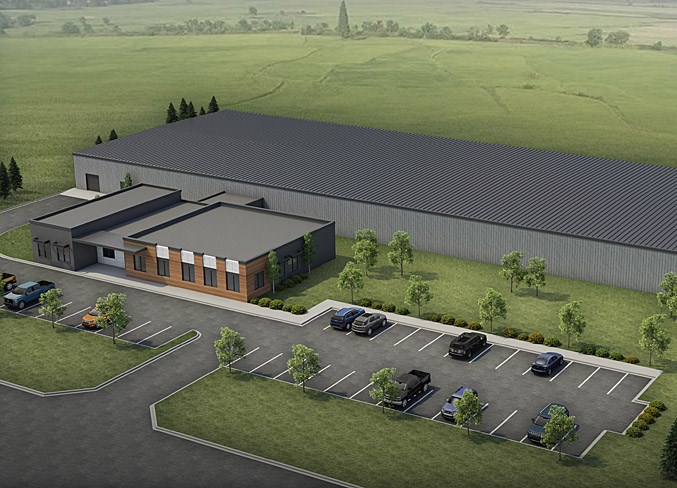 Sundre is slated to have a new biomedical industrial facility in town. The value of the facility’s first phase, which will feature 42,000 square feet and require about 50 employees, is valued at $10 million. Candre Cannabis, the company leading the development, is so confident in their success that they have already begun speaking publicly about the potential development of a second and even third phase. The impact to Sundre from a facility of its size and scope cannot be understated.

Once developed, Calyptra, as the facility is being dubbed by Candre, will produce medical marijuana. Medical marijuana has been legal in Canada since 2001. With the pending end to recreational pot prohibition by the end of this year, the cannabis industry is slated to experience rapid growth, much like the beer and liquor industries experienced after the end of alcohol prohibition.

Whether being produced to treat pain, anxiety or other conditions, or merely for recreational enjoyment, the strictly regulated local production of cannabis will provide significant economic benefits to Sundre.

Sundre has a relatively well-diversified economy. Forestry, agriculture, oil and gas, tourism and even the public sector, all contribute to the area’s dynamism. With the introduction of yet another high employment industry, the area will be even better insulated against changes to the economy.

The great thing about a new employment generator like Calyptra is that it will provide the incentive for new industries to locate in town as well. Consider the possibility for biomass and biowaste conversion: with local forestry and agriculture, the biowaste associated with the cultivation of marijuana plants will add to the local supply of organic matter needed for this potential spinoff sector.

With multiple health clinics, a state-of-the-art seniors' care facility and a regional hospital, it’s appropriate that the new Calyptra biomedical cannabis plant is installing itself in town. As a cluster for health services, the potential to recruit new medical businesses, therefore, represents a potential byproduct of development too.

From a tourism perspective, Sundre is experiencing booming year-over-year increases in visitation to the local area. However, the municipality unfortunately lacks the presence of a brewery or distillery to serve the needs of visiting campers and craft connoisseurs. Thanks to Calyptra, available cannabis byproducts may be used to infuse new brews, and could be applied as an incentive to recruit enterprising alcohol entrepreneurs (perhaps a marijuana mead?).

With the creation of 50 direct new jobs, plus the employment generated by future phases and spinoff industries, new housing for the increasing population will become inevitable. Quality affordable housing and the development of new multi-family land-use districts will certainly come about sooner rather than later.

With new housing and a younger working age population, the proportion of people moving away for the winter will decrease and more people will spend their dollars locally. This will help keep small businesses healthy, which should contribute to a lower downtown commercial vacancy rate (it currently sits at about seven per cent). As working age households come to Sundre, and the commercial vacancy rate creeps lower, more commercial developments (highway commercial or downtown) will begin to be built.

Tax revenue and quality of life

As Sundre’s economy experiences the associated benefits of new developments, so too will the municipal government. Local tax revenues will increase, making services more affordable.

Many of the factors associated with quality of life are directly influenced by government services. These factors include access to recreation and open spaces, the quality of the built environment (commonly called "quality of place"), and services related to things we take for granted, like snow removal and road repair. Once more revenue is generated both directly from the Calyptra facility, and indirectly from associated increases in real estate values linked to the improved economy, the town will be in a better position to invest more into what matters to you.

It’s clear that the further diversification of Sundre’s local economy is important. New jobs, new industries, new developments and more money all contribute to a constantly improving place to live. Sundre is already endowed with a diverse economy and excellent quality of life; now is the time that Sundre can take it to the next level.

Exciting growth is on the horizon for our little West Country town, and I, for one, welcome Candre’s new Calyptra facility with great anticipation.

— Jon Allan is the Town of Sundre's economic development officer