More remarkable yet, was that town council followed the mayor’s lead to not only endorse last weekend’s controversial yet immensely successful anti-racism rally, but also passed a motion conceding it too can also do better.
Jun 17, 2020 2:00 PM By: Johnnie Bachusky 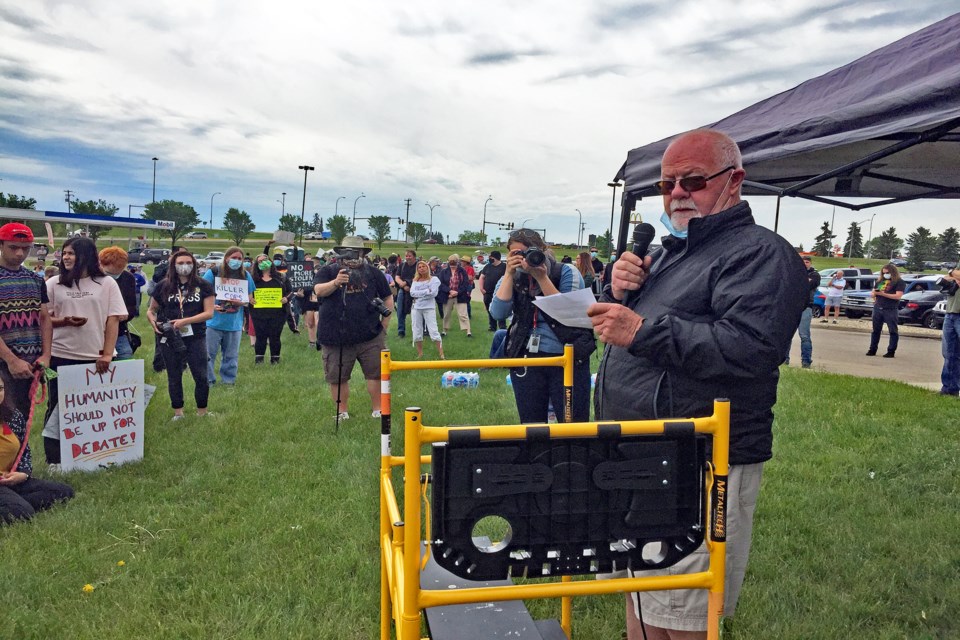 Humility, I am told, is often the English language’s most misunderstood word.

Many people believe it means humiliation. Others, however, view it as a key to a higher level of acceptance of something far greater than he or she once believed possible.

“If leadership has a secret sauce, it may well be humility. A humble boss understands that there are things he doesn't know,” wrote The Economist in early 2013. “He listens: not only to the other bigwigs in Davos, but also to the kind of people who don't get invited.”

And this is so with Innisfail mayor Jim Romane. A week ago, Town of Innisfail citizens were stunned when their 74-year-old mayor publicly apologized for comments he made to out-of-town newspapers about racism. In what has now become almost a mantra for the mayor, he said, “I can do better.”

More remarkable yet, was that town council followed the mayor’s lead to not only endorse last weekend’s controversial but immensely successful anti-racism rally but passed a motion conceding it too can also do better. The town has now pledged to stand against any form of racism and will build policies to overcome it in the community.

This scribbler has been tough on the mayor when it has been professionally warranted, such as my recent commentary on council’s past urban chicken issue. It is my job to hold elected officials to account, and that won’t ever change. But my professional mantra is balance and fairness. When the town’s elected officials do something right that too must be reported.

Romane’s remarkable week did not end with his public apology and council’s new resolution to combat the evils of racism. He dutifully attended the anti-racism rally on June 13th, and there was one moment many of the hundreds who attended will never forget.

At the beginning of his closing address to the audience his hands shook badly. Trying hard to navigate through his notes, and to thank the crowd, organizers and speakers for their peaceful enthusiasm, as well as to praise the consideration of attendees who wore protective face masks, Romane paused.

“You will have to excuse my Parkinson’s. I am a little shaky here,” said Romane, who has been bravely fighting the disease for almost a decade. “I am going to keep this short and sweet because quite frankly I am here to listen.”

Romane paused again. The audience erupted to give him warm grateful applause, a collective call from hundreds of joyful hearts few politicians are privileged to receive.

Mayor Jim Romane earned it because he bravely gave his heart all week long.

Johnnie Bachusky is an editor of The Albertan.

Opinion: Elections must be fair
Jul 11, 2020 6:30 AM
Comments
We welcome your feedback and encourage you to share your thoughts. We ask that you be respectful of others and their points of view, refrain from personal attacks and stay on topic. To learn about our commenting policies and how we moderate, please read our Community Guidelines.