BY Nathan Cooper Following the Second World War, as the international community sought a new foundation on which to rebuild, the United Nations adopted the Universal Declaration of Human Rights.
Oct 28, 2018 6:00 AM By: Doug Collie 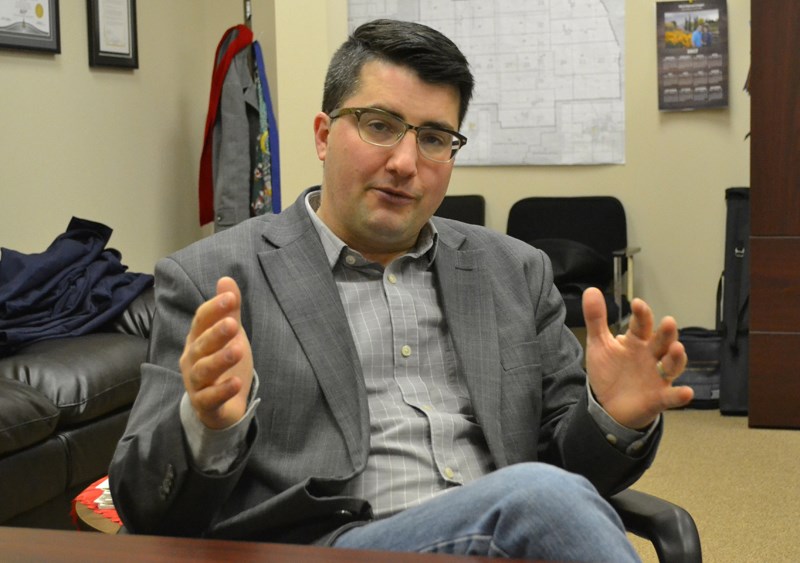 Following the Second World War, as the international community sought a new foundation on which to rebuild, the United Nations adopted the Universal Declaration of Human Rights.

The declaration outlined some basic values on which we can all agree, including Article 26 (3) which states “Parents have a prior right to choose the kind of education that shall be given to their children.”

Although it now seems impossible to imagine a world without educational choice, officially recognizing this as a basic right was a historic achievement in 1948. Encouraging individual rights of this nature helped to minimize civil conflict and usher in an era of peace and prosperity.

Unfortunately, it seems the importance of this achievement has been lost on a generation of ideological leftists determined to ignore the lessons of history.

The campaign echoed statements made by Premier Notley in the year prior to her election victory. “Government dollars should not be going into private schools. They should be going into public schools,” she said.

Premier Notley’s government has gone on to whittle away at choice in education in various ways, minimizing parental input while threatening funding for some independent schools.

When it comes to choice in education, it seems we must now fight to preserve what was once considered an automatic right.

Perhaps the best place to start is by setting the record straight on independent schools.

Cutting funding from these schools wouldn’t save taxpayers a single dime; in fact it would cost hundreds of millions of dollars.

Furthermore, independent schools do not receive government funds for construction or renovations. Those costs would also be shifted to the public purse.

We must also remind folks that independent schools fill the gaps in our public education system. This is important, because students are individuals, with individual skills and individual needs. When it comes to education, one size does not fit all.

Denying students access to specialized programs outside of the public system can only prevent more children from realizing their potential.

As your MLA, I support public schools. I also support private schools, charter schools, and the home-school system.

I support all of these options for one simple reason: choice. If children are our future, then we should avoid limiting their options. At the same time, it is important to recognize that parents, not bureaucrats, are in the best position to make key education-related decisions.

Choice in education is more than a basic human right; it is also an achievement.

I don’t pretend to understand why the radical left in our society takes such delight in tearing down the achievements of previous generations.

Ultimately, the choice is clear: We must defend choice in education.

Nathan Cooper is the MLA for Olds-Disbury-Three Hills and a member of the United Conservative Party.