Commentary: Tentative agreement a step in the right direction

Rail workers right to strike in protest of conditions
Dec 3, 2019 6:10 AM By: Simon Ducatel 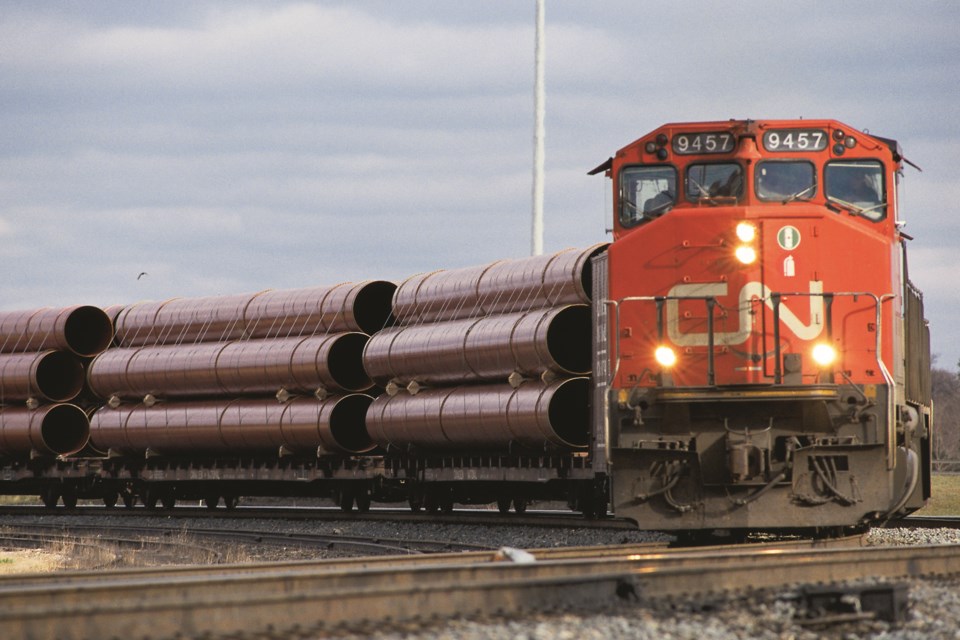 Surely we can all unequivocally agree that every effort should be made to avoid a repeat of the disastrous Lac-Mégantic catastrophe.

That profits should never — ever — be prioritized ahead of taking steps to adequately protect communities throughout Canada, and to transport dangerous goods with the utmost care.

Overworked and frequently fatigued rail workers certainly seem to think so, so much so that they were compelled to march and form picket lines to have their voices heard across the nation.

Following a fairly brief weeklong strike, the union representing CN Rail workers, who had been on the job without a contract since the summer, agreed to a tentative deal with the company.

Unfortunately, Conservatives were quite eager to ignore their concerns and unapologetically force them back to work in unsafe conditions. Dismissive of the Teamsters' worries, the likes of Alberta’s premier Jason Kenney demanded they be made to go back to work.

What reason could the premier possibly have for wanting so badly to crack the whip against workers who have legitimate safety concerns?

Why else, because money.

All too often, Conservatives seem unabashedly keen to sacrifice worker rights and safety at the altar of business profits. They even scapegoat workers, blaming them for hurting the economy, rather than shining the focus on a company that’s neglecting its moral duty to ensure safe working conditions.

To reiterate, the economy should never be prioritized over the public’s safety and that of workers. Ever.

That’s a recipe for another catastrophe, which, for the record, also harms the economy, along with people’s confidence in the system.

Meanwhile, noteworthy is CN Rail reporting $3.8 billion in revenue in the third quarter of 2019, up four per cent, or $142 million, from 2018’s figures, according to the company’s own website.

So allocating even just a few million dollars to accommodate the cost of better safety protocols and worker protections would barely even put a noticeable dent in such massive earnings.

Adding insult to injury, the workers were not even demanding increased pay, benefits or vacations. They were striking against long hours, fatigue and dangerous working conditions. By asking to work fewer hours to ensure adequate opportunity to rest and recover before their next shift, they were in essence even willing to accept smaller paycheques.

The last thing any of us should want is overworked and exhausted conductors operating such massive machines.

Thankfully, the federal government allowed the negotiation process to run its due course, respecting the rights of workers on the path of good faith bargaining.

Had the Liberal government caved to the chorus of Conservative cries and forced them back to work, the stage could very well have been set for another derailment causing a devastating loss of life and property.

Letter: A sign of distress
Jul 5, 2020 6:30 PM
Comments
We welcome your feedback and encourage you to share your thoughts. We ask that you be respectful of others and their points of view, refrain from personal attacks and stay on topic. To learn about our commenting policies and how we moderate, please read our Community Guidelines.