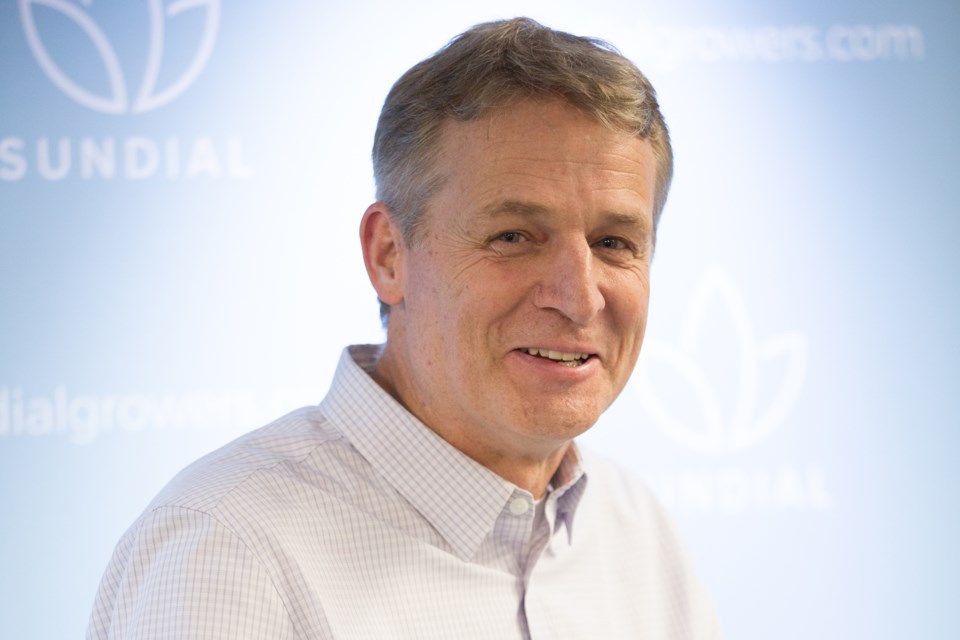 Sundial Growers CEO Torsten Kuenzlen gives a presentation during a ribbon cutting ceremony at the Olds Sundial facility in October of 2018. The company announced his resignation today. File photo/MVP Staff

OLDS – A week after announcing staff layoffs at its Olds production facility and other operations in Alberta, Sundial Growers Inc. has announced a major top-level shakeup.

Torsten Kuenzlen has resigned as the company’s chief executive officer and has also stepped down as a director and the chief operating officer, Brian Harriman, has also left, the company said in a press release issued today.

Ted Hellard has stepped down from his role as executive chairman, but will continue to serve on the board and as chair of the Mergers and Acquisitions Committee.

A call to company spokesperson Sophie Pilon seeking comment was not immediately returned.

Last week the company announced layoffs, including in Olds.

“This has resulted in the reduction of staff positions at our Alberta operations of less than 10 per cent of our workforce,” the company said in a prepared statement issued Jan. 24.

“As part of our commitment to long-term sustainable growth, it is important we remain agile in responding to the evolving cannabis market conditions by controlling costs to balance supply and demand.”

The company has declined to say how many of the laid off workers are at the Olds facility, located in southeast Olds off Highway 2A

In the press release issued Thursday, Jan. 30 the company said it is “committed to continuing to implement strong corporate governance practices throughout the organization. Sundial’s management team is committed to the long-term success of the company.

“In response to slower than expected regulator approvals of new stores and delays in some cannabis 2.0 products, Sundial has implemented several streamlining and efficiency initiatives to position the company for long-term, sustainable growth.”