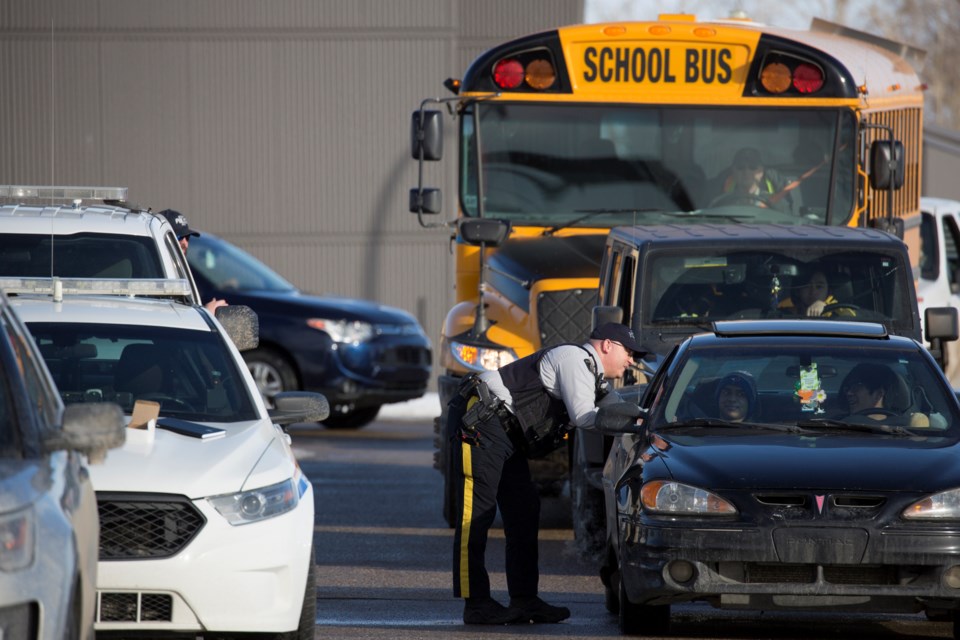 Editor's note: This article has been updated throughout.

OLDS – Plans to hold a pancake breakfast for students and staff at École Olds High School on Friday morning have been cancelled in response to a threatening message left in one of the school’s washrooms, officials said.

The exact nature of the threat or exactly when it was made has not been made public.

“School administration felt that with what they are dealing with it wouldn’t be appropriate to continue with that particular event at the moment,” Chinook’s Edge School Division superintendent Kurt Sacher said in an interview on Thursday, Feb. 27.

“They are proceeding with learning as planned and classrooms are moving ahead as usual. This is an extra precaution to err on the side of safety. We want to make sure it is safe to move forward.”

The breakfast had been planned as part of the school’s 10th anniversary celebrations.

No other events have been cancelled in response to the incident, he said, adding that he didn’t know if the pancake breakfast would be rescheduled.

Olds RCMP officers have been working with school staff in response to the incident, including having officers in the school speaking to students.

“We’ve had an elevated presence relative to the RCMP,” he said. “We’ve had them in the school and taking a really close look at this matter to make sure that we are doing everything possible.

“They were in the school today talking to administration. We have central office staff present there as well to provide support.  We are helping them get to the bottom of it and making sure we are good to go.”

Asked if the person who wrote the message has been identified, he said, “We don’t at this time and we are actively looking into that at the moment with some support from the police.”

On Thursday morning, an announcement over the school PA system said a $1,000 reward was being offered for information leading to the identity of the person responsible for the message, sources say.

“I’m not sure if the reward is Crime Stoppers related or just the school,” said Sacher. “I’m not sure of that, but I think they were just trying to engage their students in finding a way to help them get the information they need.

“I know that they do already have quite a bit (of information) and they are feeling confident that they will get to the source fairly quickly. I think the school principal made that decision.”

School principal Tom Christensen sent out a letter to parents and guardians on Wednesday informing them of the incident.

“We are working together to investigate this incident and ensure the safety of our school community,” said Christensen.

Several RCMP officers were stopping vehicles coming out of the school parking lot on the afternoon of Wednesday, Feb. 26. The officers were speaking to drivers and passengers and handing out their business cards.

“Until this matter is resolved, RCMP will remain involved and they will provide a strong presence at our school,” he said.

Chinook’s Edge School Division has protocols in place to respond to threats.

“Although they are rare, we take this type of situation very seriously and have responded with our own protocols,” said Christensen.

“We take our lead from the RCMP in these types of matters.”

The École Olds High School threat/risk assessment protocol defines behaviours that warrant action as including “verbal/written threats to harm or kill others.”

It defines a threat as “an expression of intent to do harm or act out violently against someone or something (and) may be verbal, written down, posted on the internet or made by gesture.”

Police are asking for anyone with information about this incident to contact Morgan at 403-556-9116 or Crime Stoppers.

Olds proclamation honours tragedy, enduring legacy of Humboldt bus crash
Apr 7, 2020 3:30 PM
Comments
We welcome your feedback and encourage you to share your thoughts on this story. We ask that you be respectful of others and their points of view, refrain from personal attacks and stay on topic. To learn about our commenting policies and how we moderate, please read our Community Guidelines.