Update: One suspect arrested, two others sought in Olds-area shooting 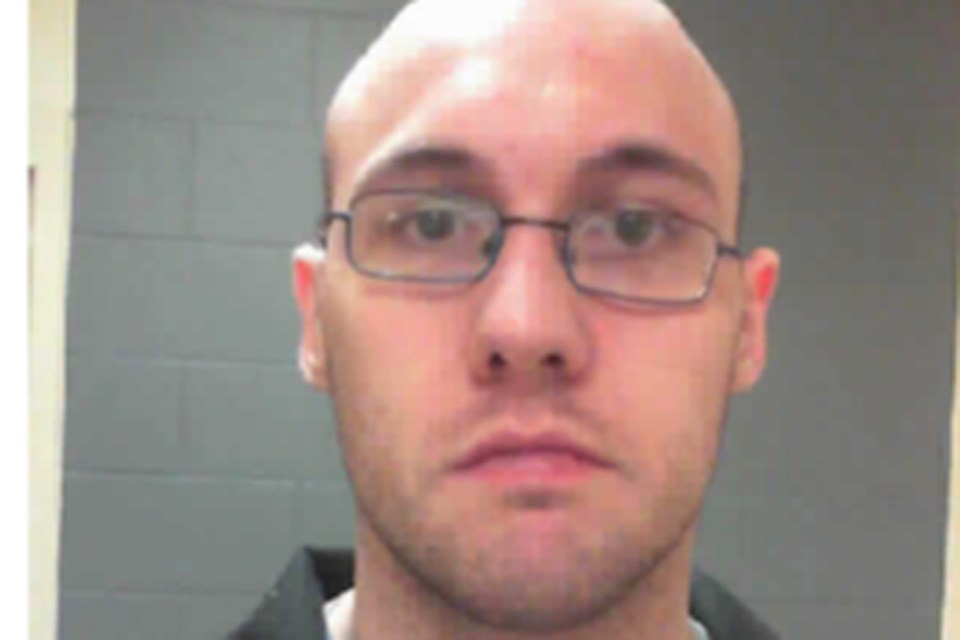 Olds RCMP have issued an arrest warrant for Lyle Robert Walter Vance, 27, of Red Deer on charges related to a March 20 shooting southeast of Olds that injured a man. Photo courtesy of Olds RCMP

Editor's note: This article has been updated throughout to include new information from RCMP.

OLDS - One of three people believed to have been involved in a shooting southeast of Olds last week that injured a man has been arrested and the shooter identified, say police.

A dispute over money and belongings escalated with a 47-year-old Olds man being shot on a rural property near the junction of Twp. Rd 320 and Rge. Rd. 290 in Mountain View County on March 20, say police.

An arrest warrant has been issued for Lyle Robert Walter Vance, 27, of Red Deer for the following offences:

• one count of unlawfully wounding, maiming, disfiguring or endangering a life

• two counts of discharging a firearm with intent to

• one count of prohibited possession of a firearm

• one count of unlawful possession of a handgun

• one count of possession of a restricted and loaded firearm

• two counts of breach of probation

Police are continuing to advise the public not to approach Vance as he may be armed and dangerous.

A day after the shooting, Olds RCMP issued warrants for the arrest of Jessica Nicole McClintock, 33, whose last known address was in Calgary, on one count of unlawfully wounding, maiming, disfiguring or endangering a life and two counts of discharging a firearm with intent to endanger life.

She has since been  located and was arrested north of Trochu with the assistance of the Crime Reduction Unit.

A judicial hearing was conducted for McClintock and she was released on $3,000 no-deposit bail to attend Didsbury provincial court on June 24.

A third suspect, identified as a male, has not yet been located or identified, say police.

On March 20 at approximately 2 p.m., Olds RCMP received a complaint of a shooting.

A 47-year-old male from Olds suffered a firearms-related injury as a result of this incident and was air lifted by STARS air ambulance to hospital.

As of March 22, the victim remained in hospital in stable and non-life threatening condition.

Police have determined that three subjects, one female and two males, attended the property in a gold coloured SUV to settle a dispute.

“The victim and two other residents were on the property at the time.  The discussion became heated and one of the males from the SUV shot the victim with a handgun,” said Olds RCMP Staff Sgt. Jim MacDonald in the press release.

“As the suspects fled to the SUV, the shooter took additional shots at the other male resident on the property but did not strike him.”

Police are no longer searching for the gold coloured SUV which is believed to be an older model Infinity with after-market roof lights.
It was located and seized from an area north-east of Wimborne, say police.

Olds RCMP members are asking that anyone who sees the suspect vehicle, or has any other information related to this incident or the subjects involved, to contact the Olds RCMP at 403-556-3323.

If you wish to remain anonymous, you can contact Crime Stoppers at 1-800-222-8477 (TIPS), online at www.P3Tips.com or by using the "P3 Tips" app available through the Apple App or Google Play Store.

Local finds way to say 'hi' or 'I love you' while social distancing
Apr 1, 2020 6:55 AM
Comments
We welcome your feedback and encourage you to share your thoughts on this story. We ask that you be respectful of others and their points of view, refrain from personal attacks and stay on topic. To learn about our commenting policies and how we moderate, please read our Community Guidelines.