Olds restaurant owners back where they started 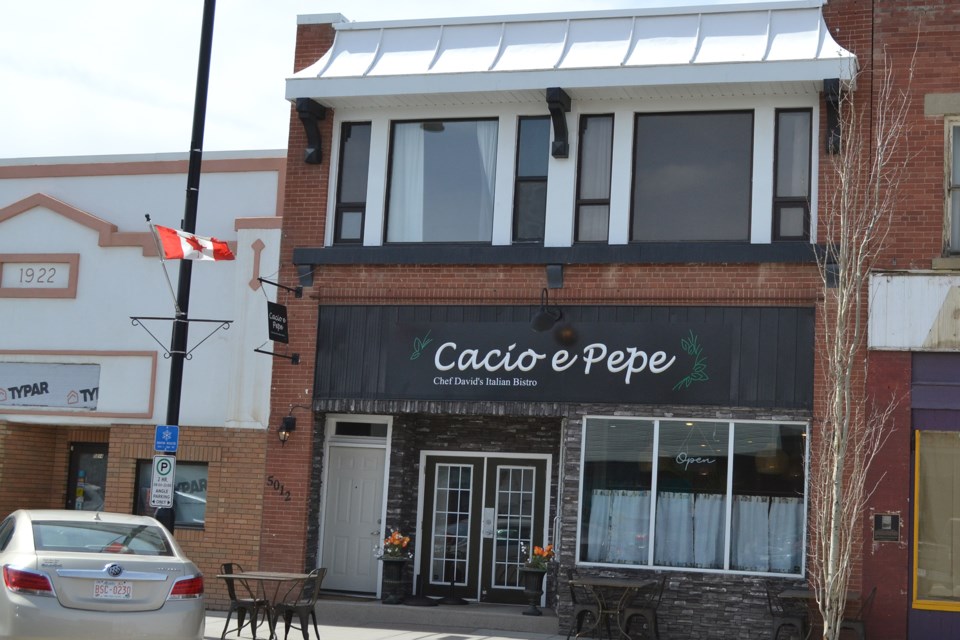 Clare Janitz says as a result of new COVID-19 restrictions, Cacio e Pepe Italian Bistro, the restaurant she and co-owner Emmanuel David own and operate has simply gone back to where it basically started with takeout service. Doug Collie/MVP Staff

OLDS — The last 14 months have been a roller-coaster of emotions for Olds restaurant co-owner Clare Janitz as COVID-19 restrictions have been imposed, lifted, then reimposed on the business, Cacio e Pepe Italian Bistro.

However, she says the latest restrictions, announced May 4 by Premier Jason Kenney actually won’t make much of difference for her and co-owner Emmanuel David because they just revert to takeout-only -- pretty much where they started.

Kenney announced that effective May 9 at 11:59 p.m. restaurants and bars will no longer be allowed to keep patios open and can only provide takeout and delivery.

Janitz said she and David had planned to provide patio service in the later spring or summer. They had obtained approval from the town and ordered the furniture but by the time everything arrived it was really too late.

They offered the service last Wednesday, but deemed Thursday’s weather to be too windy. Then came the shutdown on the weekend.

Janitz was impressed with the way the Town of Olds fast-tracked patio approvals to help beleaguered local restaurants.

“I think what the town did was a wonderful initiative,” she said.

“For us it kind of backfired,” she added with a short laugh.

When business was going well, Cacio e Pepe Italian Bistro employed about 11 people. Now it’s down to about three.

Janitz said it was really tough having to tell staff they’ve been laid off again, due to pandemic restrictions. However, fortunately, those staff members were able to qualify for some government assistance.

Janitz said she and David are fine with going back to takeout service.

"We didn’t hire a bunch of staff, so for us, it’s an easy pivot back to takeout,” she said.

Janitz said the past 14 months or so have been rough. However, she has sympathy with provincial leaders as they’ve tried to navigate through the pandemic.

“I wish they would have just done one big shutdown and tried to eliminate it. The half measures didn’t work, obviously, and then nothing enforced and we’re right back where we started again,” she said.

“But it’s something we’ve all never dealt with before, so I mean, I have some empathy for our leaders. You just try to find the best way through it and it’s really hard.

Another frustrating aspect for Janitz and David is that they opened the restaurant after the COVID pandemic hit so they didn’t qualify for federal assistance, but did qualify for some provincial help.

"The feds have not done anything for businesses that opened after March 2020,” she wrote in an email. “It was thought that the new budget would have something that would assist new businesses but we slipped through the cracks again.”