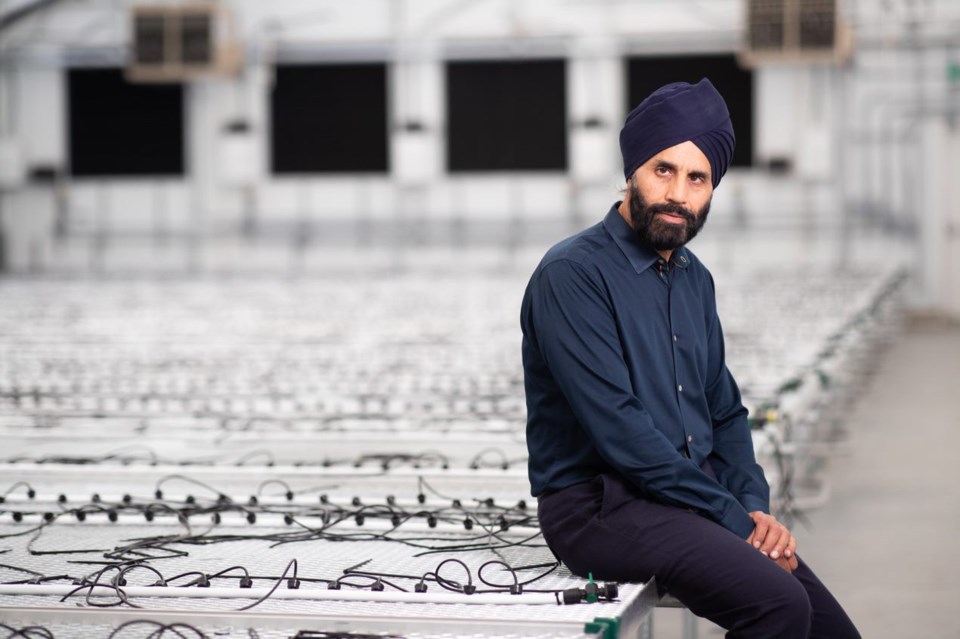 OLDS — Olds Soft Gels (OSG) is going back to its roots, but also with an eye to getting into the medical marijuana (cannabis) business in its own way.

Nibber notes that’s what it did back when the company first started more than 30 years ago, then known as Banner Pharmacaps.

It also produces nutraceutical products, which are foods or food additives said to offer health benefits.

A few years ago, the company built a 50,000 square foot greenhouse with the idea of getting into the marijuana business.

Nibber says that’s still a possibility, but in an interview, he stressed they would only get into the medical cannabis business by producing a pharmaceutical product, not the recreational side.

“While there are a lot of cannabis companies in Alberta, the differentiation is that we are not just a medicinal, but more importantly pharma (company), where we want to actually develop drugs,” Nibber said.

He said currently, OSG creates products – including medicinal marijuana ones – for other firms but plans to one day roll out its own products.

“We will actually have a drug that can be prescribed for a number of conditions,” said Nibber, who is also OSG’s chief scientific officer.

He said the company is working obtaining approval for drugs from the Food and Drug Administration (FDA) in the U.S. as well as from Health Canada, a process he said could take three or four years.

Nibber and his wife own the Axioma Group which in turn owns Olds Soft Gels. They’ve owned OSG for about six years.

“We’ve maintained our workforce, our personnel without cutbacks, which is very good – even through the COVID situation,” he said.

During the time the Axioma Group has owned OSG, it has had about three CEOs so lately, he decided to take over that position himself, at least for now, he said.

That means driving in from Bearspaw, near Calgary, where they live.

That’s roughly a one hour drive, but he says he doesn’t mind the commute.

“It’s not like driving into Calgary where there’s a lot of traffic,” he said. “It gives me time to think and then obviously sudden business calls can always be done on my way back; (I can) catch up on those. It’s not a big deal.”