Six recommendations made by the town’s Ad Hoc Citizens Committee on Council Remuneration
Nov 18, 2020 8:00 AM By: Doug Collie 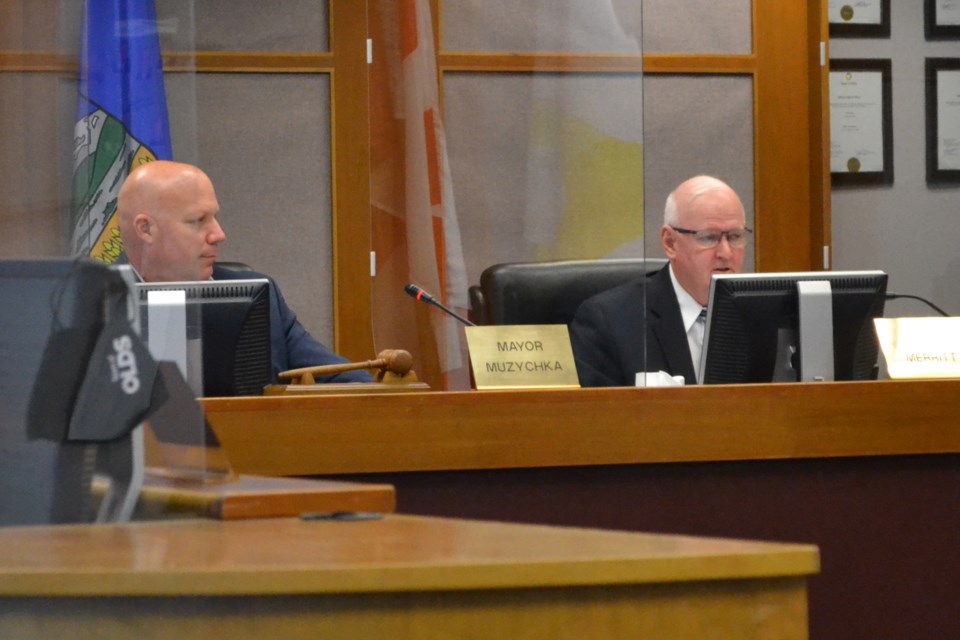 OLDS — During their Nov. 9 meeting, town councillors approved most of the six recommendations made by the town’s Ad Hoc Citizens Committee on Council Remuneration (AHCCCR).

However, one recommendation, to provide “adequate” time for council to prepare for meetings and other duties, was rejected.

And another recommendation, that quarterly remuneration claims for each member of council shall be separately posted to the town’s website, was modified to say “payments” instead of claims.

The recommendations were first presented to council during its Nov. 2 policies and priorities meeting by James Cummings, who is a member of the AHCCCR, along with Phyllis Horpenuk, Leon Muir and Dan Peters.

The most controversial allegation Cummings made during his presentation was that councillors have allegedly overspent their budgets “significantly” for a few years.

Councillors disputed that allegation. However, in an email, finance director Sheena Linderman said council was in fact over budget last year.

They did agree with the committee’s recommendation that any request for per diems greater than a councillors’ budget (known as a learning plan) will be approved or rejected during a regular open council meeting.

Other recommendations that council approved are:

• The mayor will receive “the equivalent of a per diem (per day payment) when attending public events.

• Honouraria provided to the mayor and council will be tied to the Alberta consumer price index, that the honoraria be reviewed annually and that that cost of living allowance will not be greater than the one provided to town staff.

• Remuneration payments for each council member will be separately posted to the town’s website.

• Premiums paid for benefits will match those of town staff.

• Council shall attend interviews with members of the remuneration committee to make sure that committee understands their concerns.

Chief administrative officer Michael Merritt stressed that all these changes will take effect as of Nov. 21, 2021, not this budget year.

In regard to the call for councillors’ requests for payments above their budget to be approved or denied in an open council meeting, coun. Wanda Blatz said that’s already how things are done.

“I agree it’s probably not in the policy itself, but we have been practising that in the past, so I just wanted that noted,” she said.

In her email, Linderman noted that each November, council tries to estimate the cost of the meetings etc. that they will be attending in the following year.

Mayor Michael Muzychka said councillors can end up going over budget because things come up requiring their attention that they didn’t anticipate when they set up their budgets.

“It’s sort of like throwing darts at a dart board,” he said.

"As we enter 2021, budget deliberatioins we intend to review these line items to ensure they align more closely to the actual hours for all of the meetings that council is required to attend with our various partners, boards and authorities," Linderman wrote.

Coun. Heather Ryan spoke in favour of the call for the committee to interview councillors regarding any issues or concerns they may have.

“The reason why we requested the interview of council was to give the committee a clear understanding of the amount of time that council members put in, including preparation for meetings and all the emails, enquiries and phone calls and public functions that we attend that are part of our honorarium,” she said.

“I think we were just trying to make it clear to them how much workload we do have, to show them that we are worthy of the honoraria and the per diems that we do get, that we do put in the hours.

“I don’t feel that’s necessary and I feel it’s in the financial audited statements, it states very plainly what each councillor has for their honoraria, that we get a T4 for every year,” she said.

“And I just feel that it should be sufficient. It’s in there; it’s very black and white, it says exactly what we each take home or whatever.”

Councillors said they’ve been very transparent with the public as to what they do and spend (a word Overwater said has probably been used too much).

“All of our budgets are posted,” Overwater said. “Everybody knows exactly what comes out in the financial audited statement."

“Whether we do it quarterly or annually, it’s the final sum at the end of the year that truly matters,” Blatz said.

It was noted that council has not increased the amount of honoraria its members will receive since 2017 and that figure will remain the same next year.

Muzychka thanked Cummmings and the other members of the committee for all the work they did on the matter.

“We appreciate the excellent work that they’ve done so far,” he said.