Mayor Mike Muzcyhka issued the challenge twice; once during a council meeting and again during an interview
May 6, 2021 8:00 AM By: Doug Collie 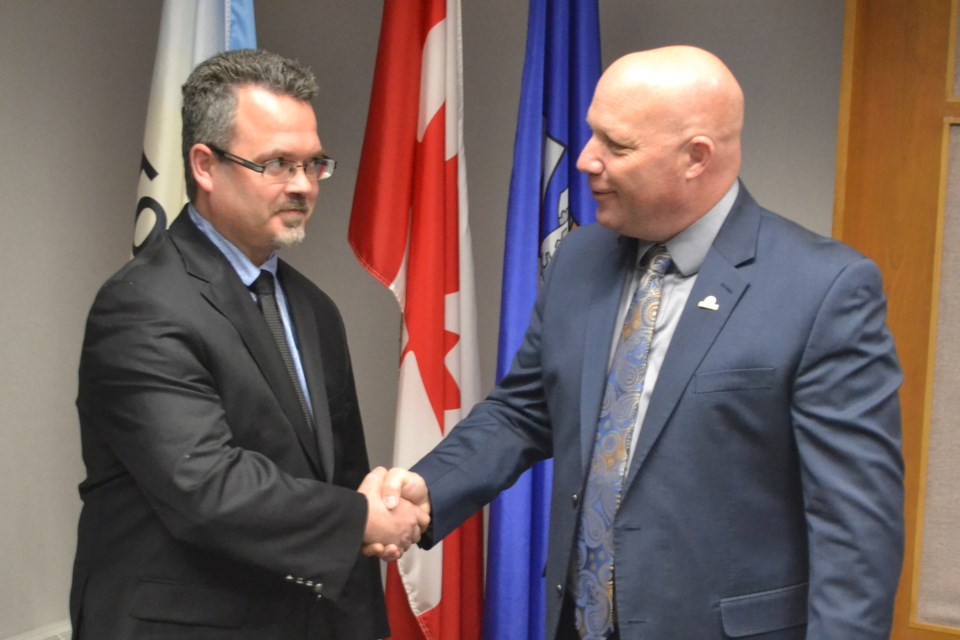 OLDS — Coun. Mitch Thomson has declined a challenge from Mayor Mike Muzychka to pay the town’s legal costs regarding an investigation, report and subsequent punishment meted out to Thomson for violating municipal election laws.

The matter stems from a Jan. 20, 2020 byelection which Thomson won.

Muzychka says the town's fees total $10,782.80. "And that is the lawyers only, this does not include the time our CAO (chief administrative officer) and legislative clerk (have) spent on this issue, which were significant," he wrote in an email on Monday.

Under newly passed laws, all candidates, including Thomson, were required to file paperwork which among other things, included campaign disclosure forms and the deadlines for filing those forms.

Thomson swore an affidavit that he read and understood those requirements.

However, he missed 120-day and 150-day deadlines for filing those forms. As a result, he was fined $500.  Thomson paid the fine in July, then took the matter to Court of Queen’s Bench, where last September, a Queen’s Bench Court Judge amended the Local Authorities Election Act (LAEA) deadline to July 13.

As a result, “considering the amended filing date, Mr. Thomson was not in violation of the LAEA filing obligations,” chief electoral officer and election commissioner Glen Resler wrote in a final report, received by town council last week.

During council’s April 26 meeting, Muzychka challenged Thomson to pay the town’s legal costs over the matter. The mayor noted an Innisfail councillor did pay that municipality’s costs when he was found guilty of a code of conduct violation.

Muzychka repeated that challenge during an interview with the Albertan April 27.

Thomson was contacted for his response.

In a reply by email received Saturday, May 1, Thomson said he has no intention of reimbursing the town for its legal costs in the matter.

He said he had little choice but to take the matter to court or resign his seat because he said the matter was brought to his attention after the grace period to remedy the scenario had expired.

As part of the legal process, I provided the courts with the information I obtained from the Town of Olds website relative to the election process,” he wrote.

“That information conflicted with regulation that had recently been amended by the province. The dated material I downloaded and referenced suggested no disclosure was required because my campaign was self-funded.

“I acted in accordance with the information the municipality had made available. I did not cross reference and fact check the data against other sources and paid a fine as a result for late filing.

“I had no alternative but to seek court relief or resign as a councillor because the matter was brought to my attention after the grace period to remedy the scenario had expired. I would have remedied the situation within the legislated grace period if I had been afforded the knowledge of my infraction sooner.

“The municipality had options as well. It was aware that I had not filed the disclosure statement weeks before bringing the matter to council.

“The municipality had the option to weigh in on the Court of Queen’s Bench review process. It was not required to incur all of the litigation costs because I did not request damages.

“I think it would be convenient for the mayor if I paid the town’s legal fees for their costs and the position the town took on the matter.

“The town has not made available the legal costs it has incurred that I have requested in council meetings. I am not prepared to be the (scape) goat in this situation.

“Several other candidates filed disclosure statements within the appropriate timelines. I applaud them for this and for running great campaigns. I hope they will consider running again.

“I completed the nomination process weeks before others, I self-funded my campaign and I acted accordingly.

“I do not blame municipal staff, nor do I feel it is appropriate for the mayor to ask me to cover municipal legal fees in this situation.

No, I will not be reimbursing the town, I have no desire to be the scapegoat in this matter nor do I wish to support the election campaign of our acclaimed mayor.”