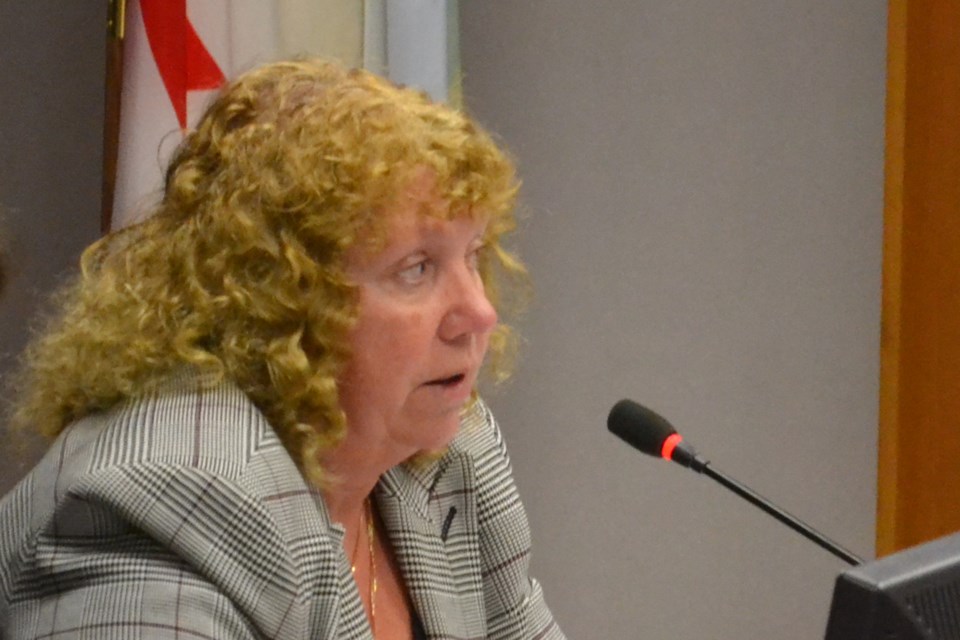 OLDS — Council has authorized the Nu2U thrift store to allocate $10,000 in grants to local groups in a summer allocation – the last one of the year.

Council and administrative staff would have liked to have provided more, but they cut back, due to lower revenue as a result of the store being closed for a while due to COVID-19 pandemic restrictions.

In fact, an allocation planned for this spring was deferred, due to those restrictions.

There will be no other Nu2U allocations this year. Staff will analyze the situation next year before deciding if an allocation will be made in spring 2021.

During debate on the matter, Coun. Heather Ryan suggested postponing this latest allocation for fear it would leave Nu2U reserves too low.

However, although some councillors shared Ryan’s concern, others felt it was OK to proceed, so they voted to make the $10,000 worth of grants as recommended by administrative staff.

Finance director Sheena Linderman said the store is doing such a great business that it has generated a surplus of about a $4,000 since it reopened, cutting its anticipated deficit from about $16,000 to about $12,000.

Since the fall of 2011, the Nu2U grant program has allocated $314,421 to programs and services in Olds, the report said.

Following are this year’s summer allocations:

Olds & District Evergreen Club: $1,000, to be used for curling kits for seniors with mobility or stability issues.

Olds Health Care Fundraising Committee: $1,000 for replacement of 24 chapel chairs at the hospital.

Olds & District Hospice Society: $4,000. The report said there was “strong support from volunteers at the store for this cause” because it “provides unique county-wide support to fill a gap.”

Olds Elementary School playground: $1,000 for the community playground, including an additional play centre.

Eleven grant applications were received for this round of funding.

“2020 has been an unusual year,” community services director Doug Wagstaff told council as he outlined the allocations.

He said since the store reopened its cash flow has come back up, enabling the store to cover its expenses and then some.

As a result, Wagstaff said, “we felt there was still an opportunity to be able to give some back to the community this year.”

Wagstaff said in total, town officials received requests for $36,000 worth of grants.

As it turned out, some were for events that occurred before officials sat down to work out which applicants would receive money.

Coun. Mary Jane Harper expressed amazement that Nu2U has been able to distribute so much money over its years of existence.

“I think that’s absolutely amazing that that little store can donate so much money to the various groups,” Harper said.

‘My biggest concern is if a time ever comes where Nu2U doesn’t distribute grants or doesn’t exist, I certainly hope these groups have other resources available,” she added, thanking all those who volunteer and shop there.

Ryan argued against giving out the grants now, expressing concern that COVID might force another lockdown, saying that “might put us into a critical situation.
“I agree that these groups are all deserving of this money, but I think we might be jumping the gun here; that’s my concern,” she added.

Coun. Mary Anne Overwater echoed Ryan’s point, suggesting the allocations could be postponed until at least October or November.

“Obviously then there wouldn’t be a major concern or you would have delayed this until the end of the year,” she said.

Wagstaff said if Nu2U has to shut down again due to COVID, “there will be harder decisions that will need to be made, both within administration and council, about the viability of the store long term.”

“However, “there are a lot of organizations that are struggling mightily and they may be able to hold off or they may not be able to,” he said.

Merritt said the summer allocation is one of the smallest provided by Nu2U.

Overwater urged administrative staff to ensure the public knows that their used items can go to Nu2U, rather than to the landfill.

She said she has donated some items to the store herself. (Ryan said she’s donated items there as well).

Wagstaff said administrative staff do indeed promote Nu2U and what it’s all about.