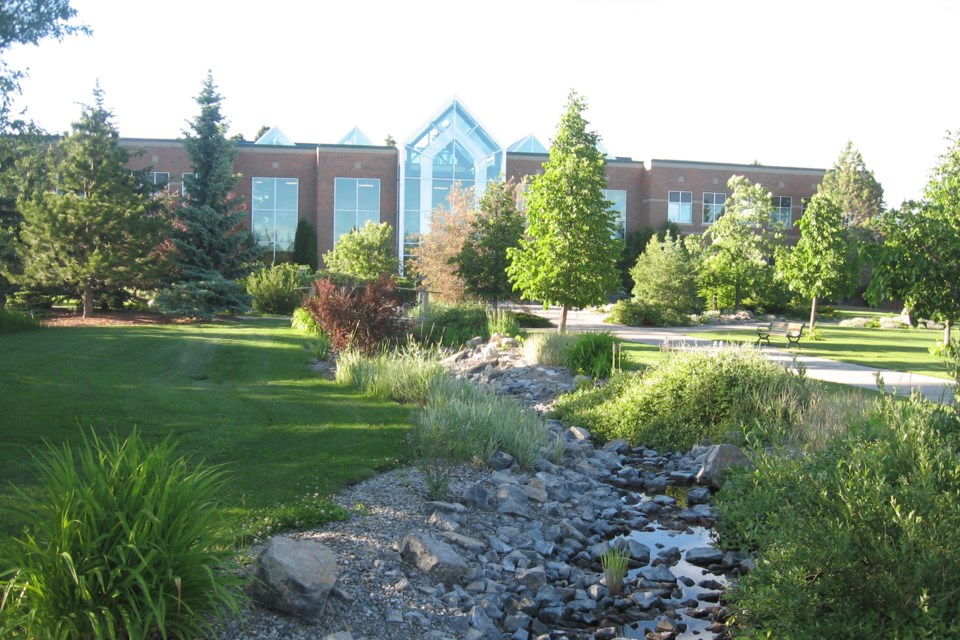 Officially unveiled at a news conference on June 17, the network is made up the Olds College Smart Farm, Lakeland College’s Vermilion campus student-managed farm and the Glacier FarmMedia Discovery Farm in Langham, Saskatchewan, with the intention of bringing other stakeholders onboard going forward.

The overall goal of the network is to build a collaborative framework among Canada’s smart farm initiatives for sharing of data and expertise to help farmers, industry and technology developers better understand, utilize and develop smart agricultural technologies and systems, says Joy Agnew, associate vice-president of applied research at Olds College.

Among the initiative’s objectives is to build a network of experts to provide leading-edge training and learning opportunities for producers, agronomists, technology developers and students, she said.

“Our plans are to have students very involved in the research,” said Van Lent. “Students will be involved directly in the projects. We all think it’s really important and necessary for the industry that we train students in ag technology.”

Kerry Wright is the chief executive officer of the Canadian Agri-Food Automation and Intelligence Network (CAAIN), which is providing funding to the network.

“Smart farms validate and demonstrate the use of innovative agricultural technology in a specific environment and they provide opportunities to train students enrolled in post-secondary agriculture programs on the latest trends in ag-tech,” said Wright.

Dr. Agnew said, “I’ll echo those comments; how important it is to have students involved in the activities at the Olds College Smart farm. We expect students in the new ag tech programming at Olds College to be involved in utilizing and collecting and working with the data through their courses.

“We see it as an opportunity to train the next generation of technology developers and users, to really help accelerate that adoption and development mandate that the network has.”

Olds College is the lead institution of the new network, which is being funded in part with $1.1 million from CAAIN, a not-for-profit company which connects and invests in agri-food and technology.

The network’s overall $2.9 million budget is made up of 75 per cent government funding and 25 per cent industry funding.

The network is already undertaking its first project, evaluating the functionality, connectivity and value of data collected from a common suite of sensors measuring soil, climate and crop conditions at sites in three provinces.

As well, some of the sites will utilize data to make on-farm management decisions such as the timing of fungicide application.

“Non-confidential data from this project and other activities at the individual sites will be compiled and disseminated to the public via the smart farm dissemination activities,” Agnew said.

The network’s activities will “ultimately accelerate the development and adoption of smart ag technologies which will help producers manage their risk of production, improving the overall productivity and sustainability of their farms,” she said.

Going forward the intention is to bring others into the network, she said.

“With additional partners come additional opportunities in applied research and education that will help producers maximize technology and data when they’re making those sometimes tough management decisions base on the realities of what’s happening in their fields,” she said.

Talks are already underway with other institutions, such as universities and colleges, about joining the network, she said.

More information on the Pan-Canadian Smart Farm Network is available on the Olds College website.