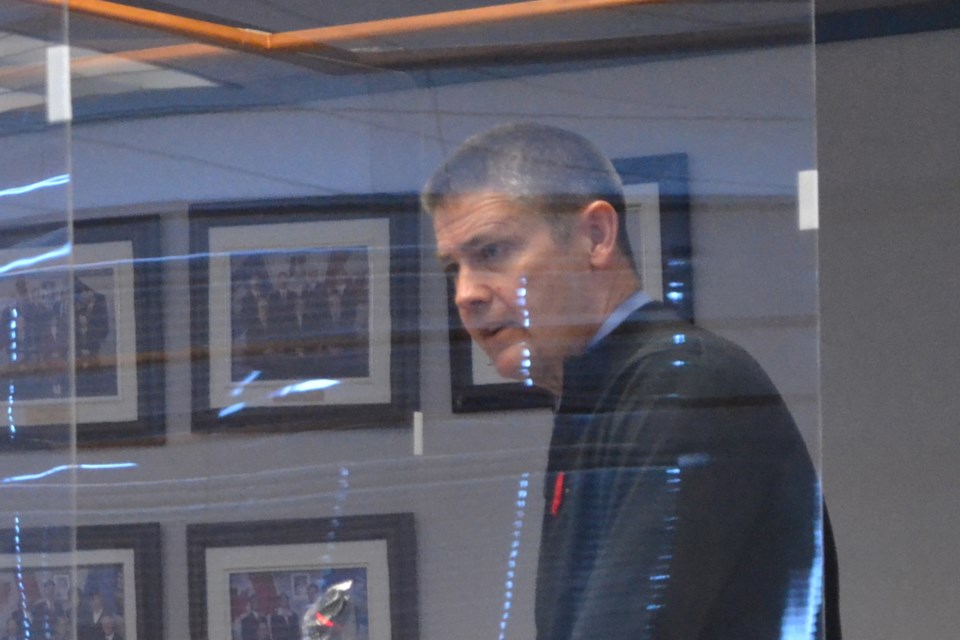 OLDS — The Olds and District Chamber of Commerce was unable to hold its annual Small Business Awards banquet or its popular Business Beer and Blue Jeans get-together this year, due to COVID.

During a presentation to town council this month, Murray Elliott, the chamber’s Small Business Awards Committee chair, said that’s especially sad, as this year is the chamber’s 25th anniversary.

The loss of the awards dinner and ceremony – normally held in mid-October -- also bites deeply because it’s a big money-maker for the chamber and it’s a major social event in the community.

“It’s not only the largest fundraiser for the chamber, but it’s certainly one of the most popular events in Olds,” said Elliott.

However, Elliott said he’s confident the awards will happen next year.

“We’ll get together, we’ll have some well-needed laughs and celebrate Small Business Week,” he said.

Elliott also announced that thanks to the sponsorship of the town’s three auto dealers, special plaques will be presented to those businesses that have been members of the chamber for 25 years.

Certificates will also be presented to businesses that have been members for at least 20, 10 and five years.

“Bless their hearts, because when I approached them, they were in the middle of COVID,” he said. “Business is good now, but it wasn’t good when I was approaching them for a large contribution."

COVID-19 restrictions have hit the chamber hard in other ways as well.

“Fortunately she gives us far more than one day a week in effort,” he said.

Elliott also praised Claire Janitz, this year’s chamber president, for all she has done to keep it alive.

He noted that in addition to serving as chamber president, Janitz maintains a very important position at Olds College. Also she and her husband just opened an Italian restaurant in Uptowne.

Elliott said the chamber was further rocked by the passing this fall of Judy Schlichenmayer, “a stalwart volunteer and a wonderful woman in general, and that has certainly hit our little chamber family and obviously the town of Olds.”

He said in addition to Janitz, the chamber is fortunate to have many dedicated board members, including Coun. Mary Jane Harper, the town’s rep on the board, and Coun. Wanda Blatz, the alternate rep.

Elliott said it was not easy to make the decision not to have the Small Business Awards this year.

“I was pretty insistent we were going to have a face-to-face meeting," he said.

However, some major sponsors said they wouldn’t be coming, due to concerns about possible spread of COVID.

"That kind of was the death knell to having an event,” he said.

He discounted the idea of providing the awards via Zoom.

“I don’t like the Zoom awards,” he said. “I don’t think it matches the face-to-face and we desperately need to do that.”

Several councillors congratulated chamber directors for all their hard work to keep that entity afloat in these tough times.

They also congratulated those businesses that have been members of the chamber for 25 years. The town itself is one of those 25-year members.

Coun. Debbie Bennett wondered if maybe the chamber could undertake some other kind of fundraiser between now and next fall to obtain some much-needed money.

Elliott liked that idea. He urged anyone who has ideas for such a fundraiser to contact the chamber.

Mayor Michael Muzychka praised Janitz not only for her work as chamber director but also her work with the town’s economic development secretariat and its economic recovery taskforce.

Elliott stressed the Olds chamber is not the only such entity facing hard times. He said all chambers in the area are having similar financing difficulties.

“They’re struggling too," he said. “They’re looking at options. How do we make the chamber survive?”