Olds businessmen shaken up by break-ins 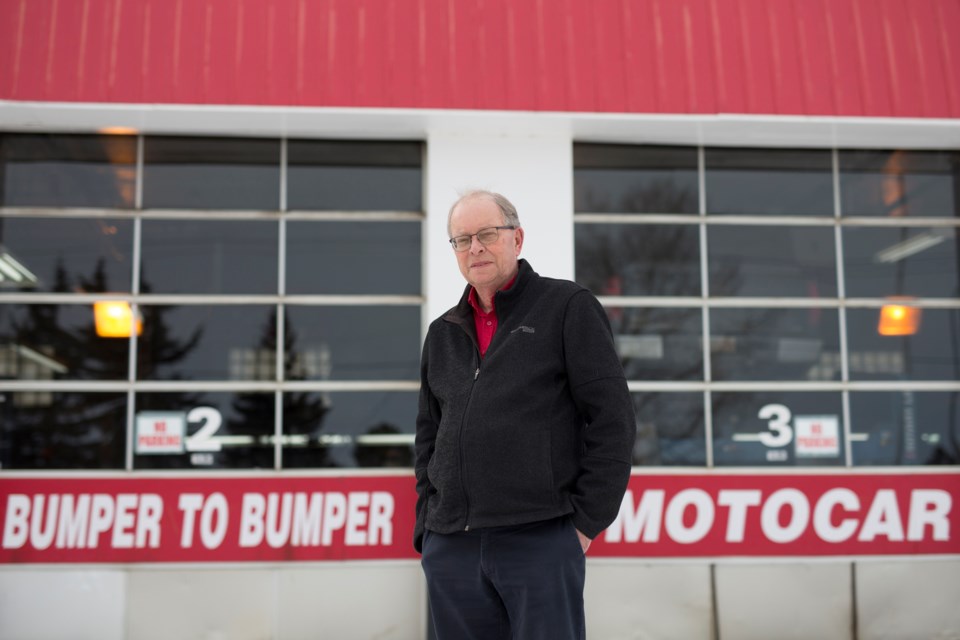 OLDS — Wild Mile Auto Sales owner Kevin Hinchcliffe and Bumper to Bumper general manager Lyn Lamb are still shaken up after their businesses were broken into by thieves from around 3 a.m. to after 4 a.m. on Feb. 4.

Hinchcliffe figures he lost about $4,500 worth of stuff, including batteries, a compressor, vacuum and a carpet shampooer.

Also, his grandfather’s old baseball jersey, dating back to the 1940s was stolen.

“That would be of no value to anybody but me,” Hinchcliffe said during an interview.

He said from surveillance video, he could tell they spent about half an hour chiselling open the lock and spent about an hour going through his business, looking for things they could steal easily.

“You could even see on the video. They must have a dump-off spot real close by, because it was all captured on my video – everything that they did outside.”

He could understand why police didn’t figure out what was going on.

“You know, if you’re not knowing what’s going on, it just looks like a truck sitting out front of my dealership,” he said.

Hinchcliffe said this is the first time his business has been broken into. Thieves tried to get in there about a year and a half ago, but gave up. He wonders if they were scared off that time.

After rifling through Hinchcliffe’s business, the thieves then proceeded next door into Bumper to Bumper.

Lamb recalls being woken up at 4:09 a.m. when he got a call from the alarm company.

“Of course, I rolled over and went back to sleep, hoping it was nothing. But it rang again, so I answered it. There was movement in the shop, so I came down here,” he said.

By the time Lamb got there it was about 4:20 a.m. The suspects were gone, but got away with primarily a couple of laptops, printers and an air gun. He figures the loss totals less than $10,000.

Lamb said it looks like the thieves also tried to steal a big tool box because he found it by a door. But he figures they found it to be heavy to lift.

“The minute they stepped into our area, the alarms went off, so they had very little time to take anything, and they were gone,” he said, adding they took off in a white Dodge truck.

Lamb figures this is about the fourth time someone has broken into his business.

Both Hinchcliffe and Lamb say more than the financial loss, they feel very violated by the break-ins.

“I felt completely violated. It bothered me – still does. I was really shook (up),” Lamb said.

“And then of course, my wife said, ‘why did you go in there by yourself?’ And I’m saying, ‘well, I had to, the doors were open and it had to be addressed.’ I don’t know if I will again, though.”

“It’s really disconcerting. And we’re not the only one; lots of people lose a heck of a lot more than we did,” he added.

“We’d even contemplated putting a dog out there. That might help, but who knows?

"But something’s got to be done. We’ve got to react somehow, but I don’t know what.”