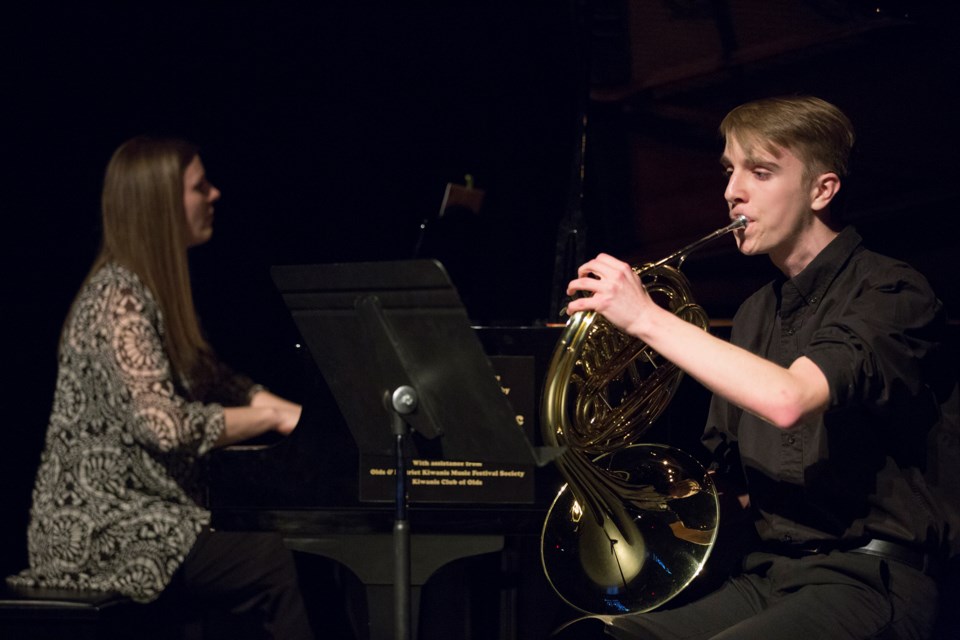 It was the deadline for students entering the festival – or their teachers -- to send her links to videos of their performances so they can be compiled for adjudication.

That’s because this year’s festival – and the provincials that follow it – will be held virtually, due to pandemic restrictions.

The goal is to send the links to the adjudicators by about the end of March so they can be assessed. Once that’s done, critiques will be sent back to Durieux.

Once she’s received those critiques, Durieux will email each performer an adjudication sheet, a virtual certificate and a link to hear their class perform as well as a link to listen to their adjudication.

"I’m still waiting for quite a number," Durieux said when interviewed.

“Hopefully in the next few days we’ll get more and then I’ll start the process of sending it off to the adjudicators in batches so that the adjudicators will know which classes will be together for what awards and then they’ll send it back to me with the award winners.”

Later on, there are plans to hold a musical showcase and a grand concert, just like the organization normally would. However, those two concerts will also be conducted virtually. Parents, guardians and teachers will receive links to those concerts.

A fee will be charged to get back at least some of the expenses incurred.

Winners will go on to compete in the provincials, as they would any other year. However they too will be held virtually this year.

Durieux is also the coordinator for the provincial festival. It has never been run virtually before, so it’s been a challenge organizing that too.

This time last year, the Olds and District Kiwanis Music Festival had just barely begun when everything was shut down, due to the pandemic.

As far back as November, the music festival board had been hoping they could stage this year’s edition as a live festival, board chair Kim Christensen said.

But by January, they concluded that wouldn’t likely be possible, so arrangements were made to conduct the festival virtually.

It’s been a challenge getting back all the videos from students and/or their teachers, Durieux said.

Meanwhile, she’s been teaching students and recording their videos as well.

Christensen said it would have been ideal to go back to a live festival again, but the logistics just weren’t there and health concerns were a big worry, given the fact the pandemic is still underway.

"We might have been able to limit our classes or have performers come separately, limit our audience,” she said.

“But we still require volunteers each day and that could have been a concern that people would be worried about coming to volunteer, so we figured this was a good way to still be able to do it.

“It’s unfortunate they can’t do it live, but at least they can still have a festival and still have the adjudicator give feedback. And it’ll be nice that they will still be able to listen to those performers in their class.”

Christensen also sees an advantage for the adjudicators in this format.

“We don’t have to worry about physical spaces that we’re in and so really the adjudicator will then have adequate time to listen to the performers and write their adjudication,” she said.

Durieux says one of the big differences with recordings is that if the kids make a mistake, they want to redo the piece and that can take time. That wouldn’t be possible with a live performance. They’d just have to live with the result.

“So a lot of time has been spent in the last couple of weeks trying to get recordings that everyone is kind of happy with or – you know – can put up with,” Durieux said with a short laugh.

“It’s not an easy process.”

Overall, Durieux said although the adjustment to going virtual has been difficult, at least the students do get to perform their pieces and be adjudicated in some form.

“I’m really excited that we can offer this to the kids,” she said, comparing the process to playing sports.

“So I’m really happy we’re still able to offer that to the kids, that they have something to work towards and learning to perform and be in front of people.

“Even though it’s virtually in front of people, once you turn on that recording machine it feels like you’re in front of a huge audience, and that’s why they want it to be perfect.”