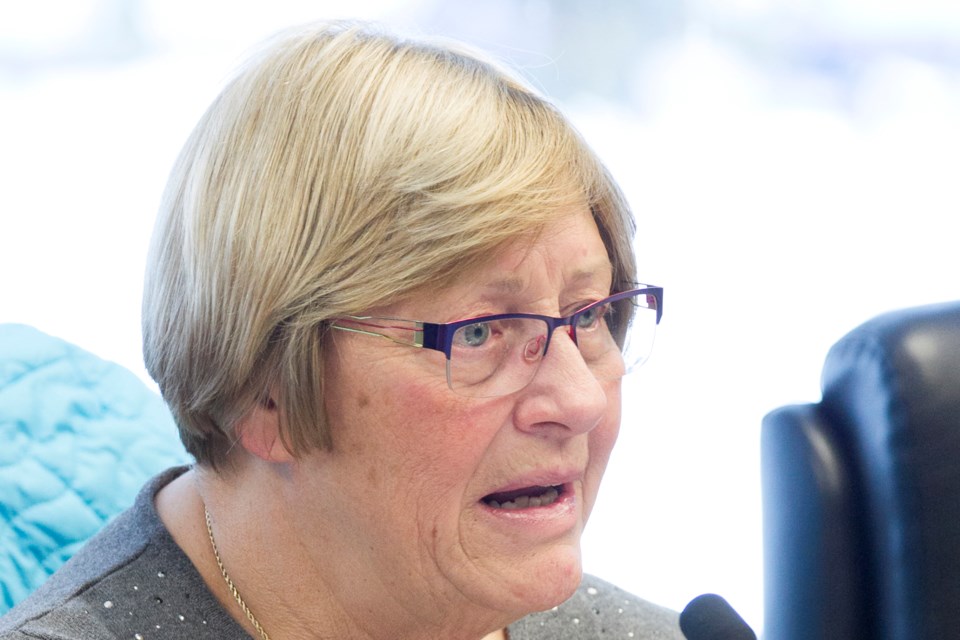 Coun. Mary Jane Harper says there was no need to change a town bylaw to allow office space in the light industrial area because there's lots of empty space elsewhere in Olds that is already properly zoned for that use. File photo/MVP Staff

OLDS — Town council has passed a bylaw amendment allowing a company in the town’s light industrial area to rent out space for an unrelated business.

The amendment to the land use bylaw is site-specific, which means it only pertains to that specific business/location.

The building in question is the GoodSeed building, at 4221 - 47th Ave., just north of Inland Concrete.

The company plans to provide the space to Chantel Sommerfeld of Sundre who plans to run a virtual office assistant business there.

Most councillors seemed to have no problem with the change, but Coun. Mary Jane Harper objected.

She feared once the change was approved, it would be permanent, even if the building was sold to someone else.

“An additional office, unrelated to the primary use would be available on that site and I don’t think that’s right,’ Harper said during debate on the matter. “(It) would be forever.”

In a later interview, Harper noted that the building is in the light industrial district.

In her view, the virtual office assistant business was not a good fit there because it’s not related to the primary user of the space (GoodSeed).

Harper added said the move is especially unnecessary when there’s lots of vacant retail and office space throughout Olds.

She named Uptowne, Cornerstone and the highway commercial corridor as examples of areas in town with plenty of available space for such businesses.

“All you have to do is look around Uptowne Olds and see all the space,” she said.

Before the bylaw passed, a virtual public hearing was held on the matter.

Director of operations Scott Chant said to his knowledge, this was the first time council has held a virtual public hearing.

As in all such hearings, members of the public were given the opportunity to speak for or against the proposed change.

No one did, so the hearing was closed.

However, after much debate on the matter, Sommerfeld contacted council and was allowed to explain what the space would be used for.

She explained that her three youngest children attend Olds Koinonia Christian School and her oldest daughter attends Olds High School, “so I was doing a lot of back and forth.”

Secondly, she likes the internet available in Olds.