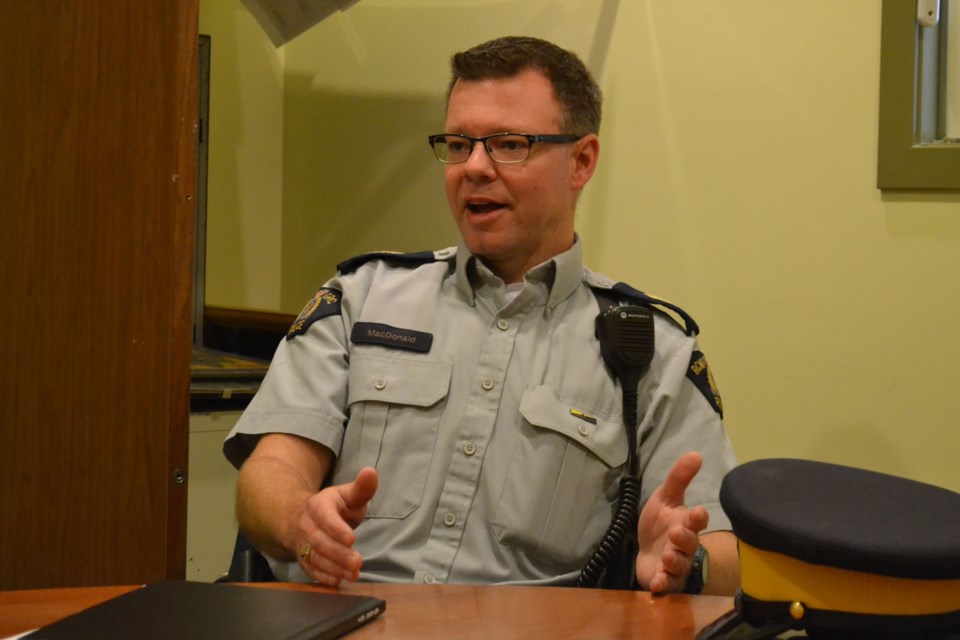 Staff Sgt. Jim MacDonald, the commanding officer of the Olds RCMP detachment, says the detachment should be back up to full strength later this fall when two officers transfer in and another returns from maternity leave. File photo/MVP Staff

OLDS — The Olds RCMP detachment is expected to be back at full strength later this fall as two new officers transfer in and another comes back from maternity leave.

Staff Sgt. Jim MacDonald, the commanding officer of the Olds RCMP detachment, made the announcement during a presentation to town council on Sept. 8.

He elaborated on that in an email.

MacDonald said one officer transferred out of the detachment a few months ago and another is expected to be transferred later this fall.

To fill those positions, two officers are transferring into the detachment; one from Mayerthorpe and the other from Peace River.

Those two officers are expected to arrive in October and November.

The officer on maternity leave is expected back in the detachment in November.

“So we should be flush for a little bit later in the fall, which is good to see, get back to a full strength of the detachment,” MacDonald told councillors.

In his email, MacDonald said when at full strength, there are 15 positions in the Olds RCMP detachment.