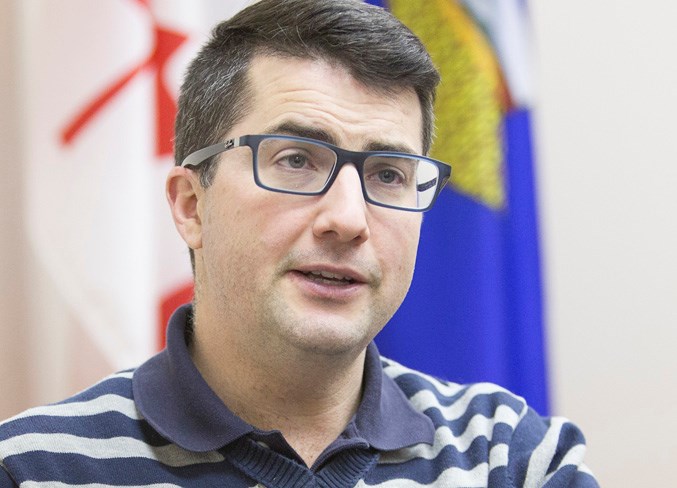 OLDS – His first year as Speaker of the Legislative Assembly of Alberta was both rewarding and interesting, says Olds-Didsbury-Three Hills MLA Nathan Cooper.

As the presiding officer of the legislature, the speaker presides over debates and other matters in the assembly, ensuring that members conduct business according to the standing orders of the assembly. The speaker does not engage in debate in the assembly.

He says highlights of his first year as speaker include overseeing a great deal of important legislative business.

“It’s been a really great year and such a huge honour to serve my constituents, my colleagues and Albertans as the speaker,” said Cooper. “It sometimes seems like a short period of time and other times it feels like a lifetime.”

Overseeing debates has been exciting and fulfilling, he said.

“Sometimes my 13-year-old son describes my job as a hall monitor,” he said. “Definitely a referee is an apt description too.

“There have been some rewarding times when I’ve seen the assembly all work together for the common good and other times that have been quite heated and divisive.”

He said he is “proud to have seen some of the progress made by the government” over the past year.

Cooper has also been busy outside the legislature, touring across the province, including to many schools.

“One of the things I’ve really enjoyed about being the speaker is to get out and connect with Albertans and constituents,” he said. “I’ve been engaging with Albertans on the important role of democracy and that has been really great.

“Bringing the mace to schools in the constituency and elsewhere has also been great. It’s been very rewarding to do that around the province.

“It’s been great to represent the assembly and at the same time represent the people of Olds-Didsbury-Three Hills. Everywhere I go I have the opportunity to highlight our region of the province and I think that is important.”

With the next sitting of the legislature starting this week, Cooper says he looks forward to getting down to business.

“We will be back full time and will sit every week, with the exception of around Canada Day, until July 23,” said Cooper.

“My goal inside the assembly is to remain as level and as calm as possible and I try to do that day in and day out,” he said.