Innisfail resident raises about $1,000 to buy two Google Next Max devices for hospice suites in Seasons Encore
Mar 3, 2021 9:00 AM By: Doug Collie 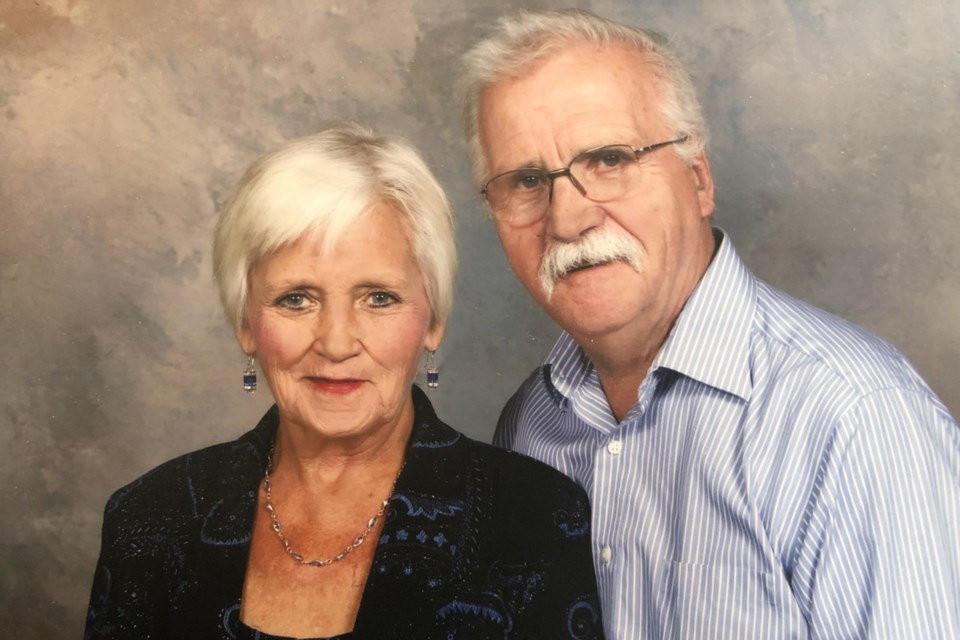 OLDS — An Innisfail resident has raised about $1,000 for two Google Nest Max devices so residents of two hospice suites in Olds can communicate more easily with loved ones.

Jodi Bergeron raised the money via Facebook and other donations.

The suites, located in the Seasons Encore retirement facility, focus on compassionate care for residents who are facing the end of their lives.

Olds & District Hospice Society (ODHS) executive director Mary Smith is hopeful the Google Nests can be purchased and installed by about March 15 in the society’s two hospice suites in Olds.

“It’s going to take just a little time for the money to transfer hands and then we have to go purchase them and then we also just have to schedule an installer so I’m just thinking that whole process will take about a month,” Smith said late last week.

Bergeron got the idea after her stepfather Andy Wipf who lived near Olds was moved into one of the suites in February, 2020.

Wipf wanted to communicate with Bergeron and other members of the family but they simply weren’t available much of the time and lived as far away as Calgary and Red Deer.

“He had a cellphone but didn’t always know how to work it or remember the password. And it was frustrating for him. He just didn’t feel competent enough. And all he wanted to do was connect with somebody.”

Several ideas were tried to solve the problem including Facetime -- even a baby monitor. But nothing really worked.

“Then I saw these Google Next Maxes and I was like, “all we have to do is say ‘hey Google, call Jodi.’ It was so easy, right? You didn’t have to do anything about it,” Bergeron said.

“When I was talking to my friends and family, I just found myself saying over and over how hard it was and how hard it is during COVID for all these families.

“And it just was on my heart that you know, in your last days, to not be able to see your family or even hear their voice or talk to them, right?”

Bergeron’s birthday was coming up. Because she didn’t really need any presents herself she decided to do something for others by raising money on Facebook for the Google Nest Maxes.

“I just think that connection is so important and everybody is so isolated – even before COVID -- just to stay connected,” she said.

“Family and friends are important and I think that end of life is a special time that people need to be together and connected.”

Bergeron believes that communication is essential for both those in Hospice suites and members of the family.

Bergeron said she was raised that way by her mother, who passed away in April, 2019.

“She’s always taught us to look after others, regardless. So that’s the whole thing behind all of this, is just I know that my mom would want that,” she said.

Smith is impressed with Bergeron’s idea.

“I was just so thrilled that she chose to use her birthday to fundraise for the Hospice Society to make it better for the clients that we have,” she said. “It was just amazing.

“And then watching her fundraiser and seeing how much money she raised was crazy. I know she herself didn’t think she was ever going to raise enough for two Google Nests, but she did.

“I thought it was a very inventive idea and just moving forward with the times, utilizing that technology to help people feel more connected while staying safe in the global pandemic."