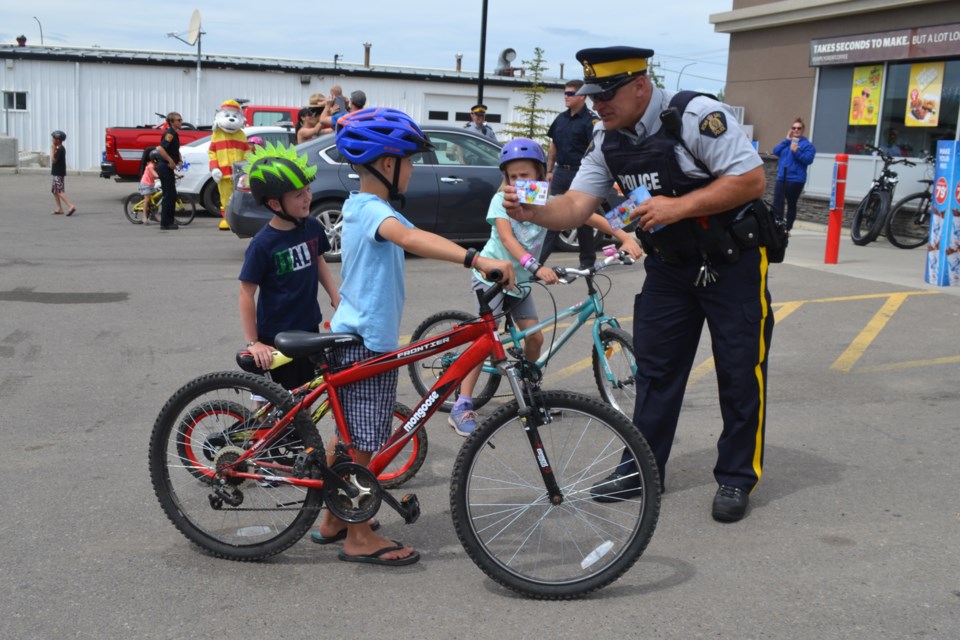 Under the program, in partnership with Circle K/Mac’s convenience stores, members of emergency and protective services in town such as police, firefighters, RCMP officers and community police officers will write tickets for people exhibiting good behaviour.

Statchuk said while the program is largely aimed at youth, it can apply to people of any age.

“It’s also designed not only for strictly positive things but we also want to recognize people who maybe had some hardships,” he said.

“All of a sudden they realize that, you know, those hardships were things that they’ve chosen not to do anymore and can change -- and we reward them for changing their actions,” he said.

Initially the plan was to roll the program out in April or May but the launch was postponed due to the COVID-19 pandemic lockdown.

“We figured well, let’s go now that we’ve got a little bit more leeway with the restrictions of COVID,” he said.

Although it’s been launched in the summertime, the plan is to run the program all year long.

“Talking to our Circle K/Mac’s representatives, this can go on indefinitely as long as there’s a need to keep this going,” Statchuk said.

“And the positive thing is that our main goal is to increase interaction with the youth and the community.”

A positive ticket could be written by an emergency or protective services worker anywhere any time in the community.

Christensen noted he’s implemented the program in other communities.

“We issue (them) to the children for anything they do good – crossing the sidewalks, crossing the roads properly, riding their bikes with helmets on, picking up garbage in the park,” he said. “Anything good that they do, we’ll be rewarding them with these tickets.”

Christensen said hopefully the program will have the added benefit of proving that peace officers and police officers aren’t necessarily out to punish people.

“For us, it’s just making sure that youth can approach us in a safe manner and that we’re not always out there to give people bad things, we’re there to give good things as well, and just promote safety in the community,” he said.

Coey said that positivity is why Circle K and Mac’s are involved.

She said the first place where she undertook the program was in Calgary about three years ago. Then, with the help of Statchuk, it was expanded to Airdrie.

“That’s when we thought, ‘hey, let’s not just take it not only from law enforcement, let’s roll it out to the other community partners as well',” she said.

Coey loves the reaction of the youth.

“They love it,” she said. “Like, kids, you give them one of these and it just makes their day.”