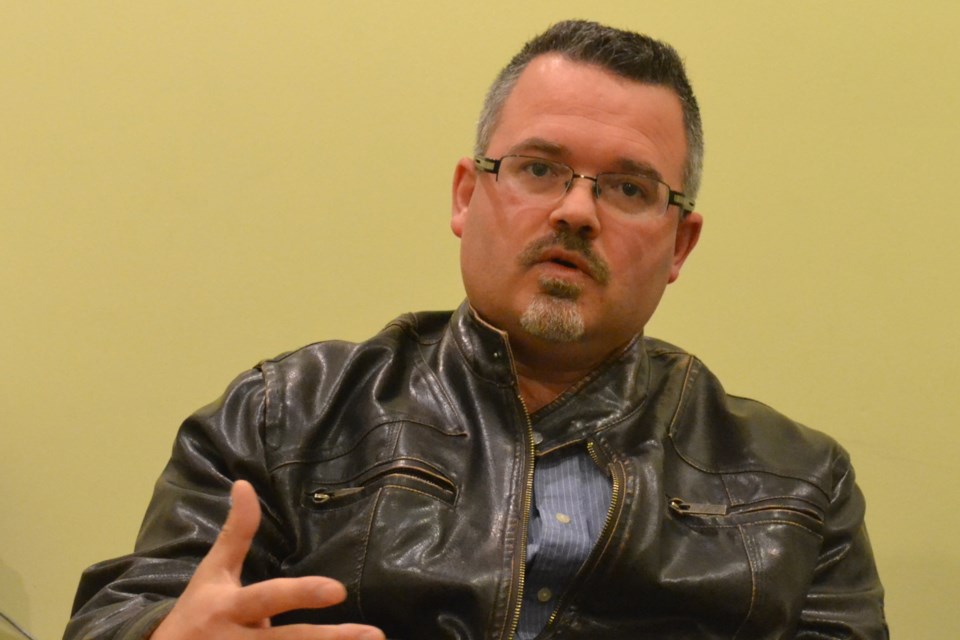 OLDS - Mitch Thomson is out of a job after serving as executive director of the Olds Institute for Community and Regional Development (OI) for seven years.

His last official day with the entity was Dec. 31, which for several months, its officials have been in talks with Town of Olds officials as part of an effort to determine its future.

Thomson said he plans to serve out his term as town councillor, which expires this October.

OI was founded in 2001. Founding members are the Town of Olds, the Olds & District Chamber of Commerce, Olds College and the Olds Regional Exhibition, which are permanently acclaimed as core members of the organization.

During an interview Thomson was asked point blank if the decision to leave was his.

“It’s something that’s been in the works for several months. It allows me to assist them through the process they’re going through to get to year-end and then for me to look for other opportunities.”

Later in the interview, Thomson said he “asked to be relieved” of his post last June.

That’s also the time when Thomson reacted to the town’s decision to redirect the second half of its 2020 funding for OI to its economic development secretariat and economic recovery taskforce.

He posted a controversial statement on Facebook stating that move was “potentially fatal for the organization and will most likely mean sudden unemployment for its staff in the time of COVID-19."

He also made several other allegations, including that “several members of the current town administration have sought to interfere with the organizational autonomy of the Olds Institute” and that he felt like that was “a retaliatory response to me being elected (a member of town council).”

He also alleged that mayor Michael Muzychka “browbeat” the OI board of directors and that another councillor “breached board confidentiality and our code of conduct.”

The town referred Thomson’s post to an independent investigator who found that he was guilty of several breaches of the town council code of conduct.

As a result, in the fall, council voted to sanction Thomson for those breaches and stripped him of the opportunity to serve as deputy mayor.

During the interview, Thomson said his departure from OI gives him a chance to try something new.

“It’s been a process I knew was coming and I’m grateful for the great opportunities I had with the institute and to work with so many volunteers and groups in the community,” he said.

"This will definitely free me up to look at other things and to put my energies into new things.”

Thomson said he’s looking at a possible business opportunity but did not elaborate on what it might be.

He said he’d prefer to remain in the Olds area, but that depends on what opportunities come up.

Thomson and his wife Jennifer have set up a child care business. He was asked if he might now become more involved in that business.

“Yes and no. I mean, we opened a non-profit agency to provide services to children and families and I served on the board there, but that’s really my wife’s space and so I’ll be looking for other opportunities, for sure,” he said.

At one point, Thomson owned five funeral homes. He was asked if he’d go back into that business but said he’d rather look for other opportunities.

"At 46, I feel I’m halfway through my career and still have lots of things to offer and things I want to do,” Thomson said.

“Those options exist, for sure. But I still have lots of energy in the tank and still want to continue to grow in my career and so I’m looking for those types of opportunities.”

In the meantime, Thomson said, one positive aspect of the fact that he’s no longer executive director of OI is that he now doesn’t have to recuse himself from any discussions in council about that entity.

Thomson was elected to council in a byelection last January and almost from the beginning had to recuse himself from discussions during council meetings about OI, which happened quite frequently.

"It will remove any perceived pecuniary interest or any challenges that I’ve had to be mindful of over the last year," Thomson said.

“And so it’ll allow me to not have to be concerned with an employer or other things that might have come up that I’d have to recuse myself from.

“It came up a lot more than I would have thought it would.”

OI chair Brett Muzychka could not be reached for comment on this story by press time.