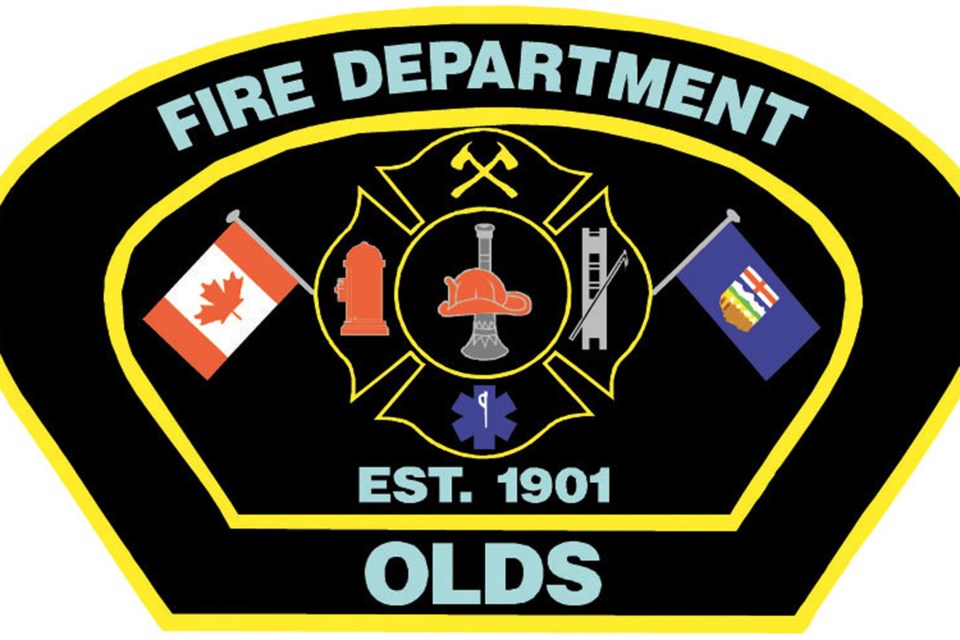 OLDS – An early-morning fire that damaged a detached garage and destroyed a pickup truck in Olds on Saturday remains under investigation, says Justin Andrew, chief of the Olds Fire Department.

Crews were called to 5229 Silverthorn Rd. east of 53rd Avenue at 3:27 a.m. on Feb. 1 where they found a structure fire fully underway.

“An offensive fire attack was initiated on the structure and affected exposures,” Andrew said. “The fire was quickly knocked down and deemed under control within 30 minutes using two engines and an aerial ladder truck with a total of 12 firefighters.”

He explained that an offensive fire attack involves “taking aggressive action in extinguishing the fire to prevent further spread of the fire.”

An EMS crew also attended the scene. There were no reported injuries.

The investigation into the blaze was continuing Tuesday.

“Right now we are investigating the circumstances of the fire,” he said.

Arson has not been ruled out as a possible cause.

The garage was only partially damaged, but the pickup truck was destroyed, he said.

While investigators don’t yet have an estimate of the value of the damage, he did say, “We’d been looking in the tens of thousands of dollars for sure.”

Anyone with information about the fire is being asked to contact the Olds Fire Department at (403) 507-4850.

Ranching Opportunities conference well attended
Feb 20, 2020 2:25 PM
Comments
We welcome your feedback and encourage you to share your thoughts on this story. We ask that you be respectful of others and their points of view, refrain from personal attacks and stay on topic. To learn about our commenting policies and how we moderate, please read our Community Guidelines.