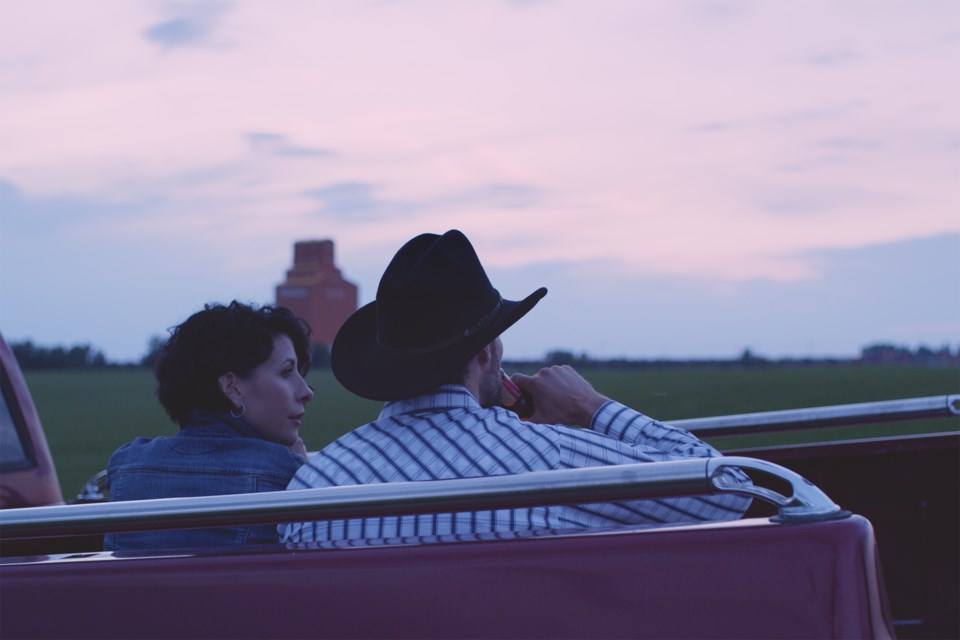 OLDS — A film director living and working in Olds has just released his newest film and a good portion of it was shot in the community and surrounding area, including Olds College.

The film is called Range Roads. It's about a character who rethinks her life and attitudes after her parents die and she comes back home to the small town she grew up in.

Olds resident Kyle Thomas, who manages the video department at Olds College wrote and directed it.

It’s his second full-length film. The first, called The Valley Below, came out in 2014. It was shot in Drumheller and was shown during the Toronto Film Festival.

“I’ve always been drawn to character-driven dramas and just the choice also to set it in a small town. I’m always fascinated by sort of the microcosm of the small town and all of that,” Thomas said during an interview.

He stressed that the movie is entirely fictional.

“I wanted to be able to write about the things that I knew that were affecting me, or friends or other family members and have some universal themes of sort of life, death, family, self-confidence issues which the main character kind of struggles with.”

It will also be shown during the Calgary Underground Film Festival which runs April 23 to May 2 this year.

Thomas said the reason his two full-length films came out so far apart is that it takes a lot of time just to raise the money for films, let along produce, write, shoot and edit them.

“I had an unhealthy obsession with Phantom Of The Opera when I was younger,” he said with a laugh.

“I remember doing many productions in the basement when I was younger, so that could have been considered a starting point for sure.”

He went to film school in Montreal, then came back to Calgary and started up a film company. He and has been making films for more than 15 years now. Until lately, most have been short films.

About five years ago, Thomas was hired by Olds College. He manages their video department.

"When the economy kind of changed, we owned a house. (I said) ‘let’s downsize, then I don’t have to drive all the time out to Olds.’

“Plus I’ve always enjoyed, any time we’ve been in small towns shooting. ‘Let’s do that.’ So my wife, my son and I – about a year-and-a-half ago sold our house and moved out to Olds for something different. We’re loving it,” he said.

Hence the decision to shoot much of Range Roads in Olds and area.

Thomas said they shot sequences for the film in the Olds College rodeo facility, the college’s greenhouses and in a couple of parks in Olds. Another iconic scene shows a couple of the film’s main characters with the Pioneer grain elevator just outside Olds in the background.

They shot several other scenes throughout the region, including at a motel in Carstairs, a café in Crossfield and the aquatic centre in Didsbury.

Thomas said the film title references a couple of things.

“It literally refers to the range roads that make up the north/south rural road grid in Alberta,” he wrote in an email.

“Metaphorically it represents the roads that take us to and from the place that we came from. The range roads are the paths that we've taken in life that make up who we are.”

One of the people starring in the film is country singer Chad Brownlee. Thomas said it was Brownlee’s first acting gig.

He was amused at the reaction of some people at the college when they realized who they had been interacting with during some of the filming sequences.

“There was a bunch of people at the college who didn’t know it was him until afterwards. Then they got all star struck after he left (and said) ‘oh, that was him I was talking to.’”

Thomas is already working on other projects, including a film to be shot in Edmonton shortly.