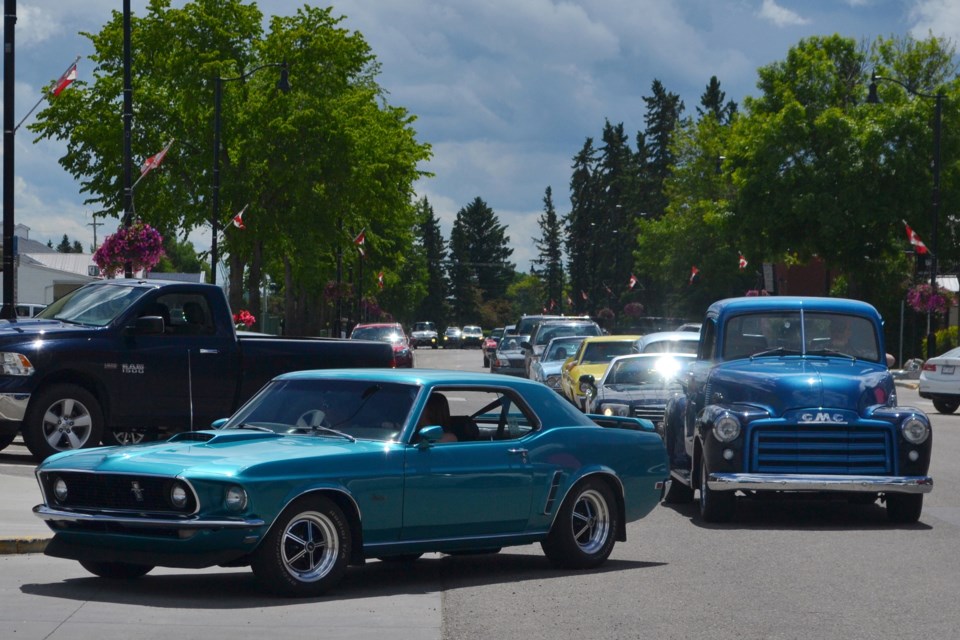 As part of Summer Oldstice, members of the Mountain View Pistons Vehicle Club undertook a Father's Day Cruise through Olds on Sunday, June 21, ending up in Uptowne Olds.

OLDS — Residents got a real treat on Sunday, June 21 as members of the Mountain View Pistons Vehicle Club undertook a parade of vehicles through town.

There were vehicles dating as far back as the early 20th century up to the 1970s and beyond.

The parade, held in honour of Father’s Day, was also part of this year’s edition of the annual Summer Oldstice promotion in Uptowne Olds.

The parade wound through various areas of town, passing seniors’ facilities. The procession wound up in Uptowne. Several vehicles parked there and alongside Centennial Park for photos and interactions with residents.

In previous years, Oldstice has run for one day. However this year, due to the pandemic, it’s running for 10 days, June 18-28.

Cougar sighting in Olds not unusal
Sep 19, 2020 4:00 PM
Comments
We welcome your feedback and encourage you to share your thoughts. We ask that you be respectful of others and their points of view, refrain from personal attacks and stay on topic. To learn about our commenting policies and how we moderate, please read our Community Guidelines.