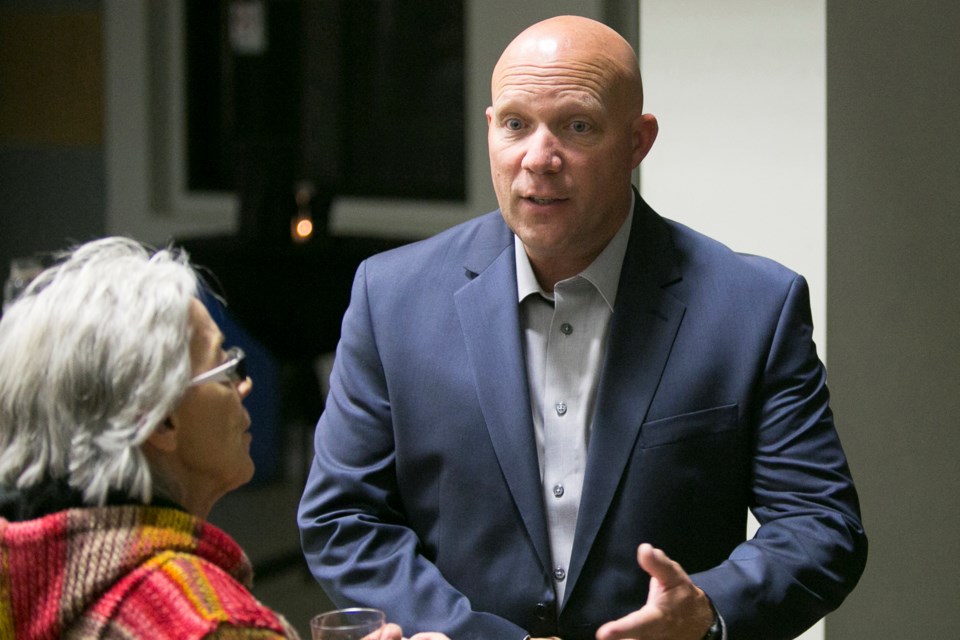 Olds mayor Mike Muzychka says the $125,000 being diverted from Olds Institute to the town's economic development secretariat represents only about eight per cent of OI's revenue. File photo/MVP Staff

OLDS — Mayor Michael Muzychka says the $125,000 the municipality is diverting from the Olds Institute for Community and Regional Development (OI) won’t have a huge impact on its revenue.

However that figure is half of the $250,000 the town had originally allocated for the institute.

“On several occasions in the past six months, the Olds Institute has told the town that our $250,000 equates to only 16 per cent of their revenue,” Muzychka wrote in an email.

“So, having received half of those funds already, this decision will mean a loss of only eight per cent of their revenue for the year.”

OI chair Bill Hall said he has no comment at this time as per instructions from OI's board of directors.

"All I can say is we’re trying to communicate with the town," he said. "There’ll be a release when we have enough info."

Council voted on June 8 to redirect $125,000 from the institute to its economic development secretariat and further confirmed that decision in a June 9 news release.

In his email, Muzychka said the council felt that decision was necessary because it believes OI has not done as much as town officials would like when it comes to spurring economic development as well as maintaining volunteer committees in the community.

Specifically, he said the institute’s decision to shut down the Business Attraction, Retention and Expansion committee and the Olds Physician, Attraction and Retention committee was a disappointment.

“The letters were aimed at improving the relationship of the council and the board; to separate OI’s administration from the town’s, to make enhancements to tourism, to improve coordination on economic development, to see the re-creation of volunteer committees and to create a new contribution agreement based on key performance indicators and the eventual reduction of the town’s fiscal support to OI,” he wrote.

“The mandate for Olds Institute has been to foster community and economic development in the town. However, the intent was for the Olds Institute to become economically independent of the town.

“Moreover, one of the pillars was to support our volunteers. However, as the number of volunteer committees continue to decrease and the financial support that they receive continues to dwindle, we believe the town, through our community services department, will continue to work and support volunteers in a more direct manner,” Muzychka added.

“The relationship of the town and the OI board has not improved since we began discussions of the mandate.”

It was also disappointed not to see the creation of a tourist information centre and development of electronic tourist kiosks, previously promoted by OI.

“These have not come to fruition, and the town believes that if it has direct responsibility for these and other items, it will see them happening,” Muzychka wrote.

“Moreover, the town has been more involved in attracting events like the Champions Cup of Curling and Oldstoberfest that bring visitors in from outside the area.

“We will aim to coordinate and strengthen this mandate by having (direct) control over it, as opposed to having an independent board achieving this,” he wrote.

In addition, Muzychka said town officials have not received what they consider to be adequate reporting from the institute in regards to what it has been doing.

“Council is disappointed that it has received little reporting back from the Olds Institute on the mandate suggested by the town, nor has the OI provided any goals, objectives or measurables to ensure tax dollars are being well spent,” he wrote.

Muzychka was asked if the redirection of the funding is the beginning of the end of OI, especially given the fact the town is assuming responsibilities such as economic development.

“That would be more of a question for the Olds Institute,” he wrote, reiterating that the redirected funds represent an eight per cent cut in town funds for OI this year, “so presumably they will be able to continue operations in some fashion.”

Muzychka held out an olive branch to the organization.

“The town is open to work with Olds Institute into the future on projects where mutual benefit is found,” he wrote.