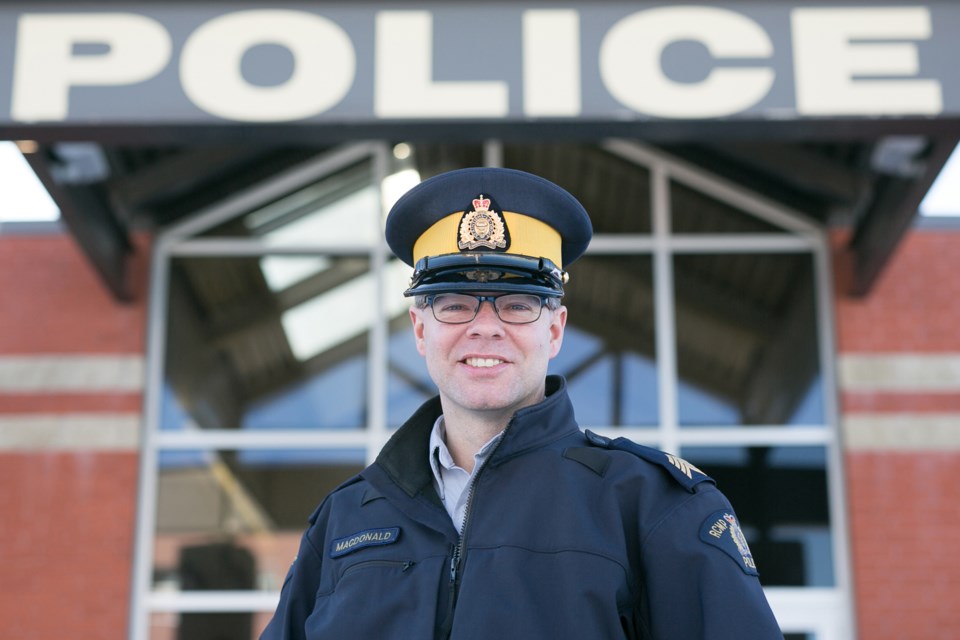 OLDS — Property crime has been falling in Olds and the surrounding rural area due to stepped up enforcement by detachments in Olds, Didsbury and Sundre.

Efforts by Citizens On Patrol (COP) and Olds Rural Crime Watch (ORCW) are helping keep those numbers down as well.

That’s the word from Staff Sgt. Jim MacDonald, the commanding officer of the Olds RCMP detachment.

“Overall, from January to May this year on the provincial detachment side there’s been a 28 per cent reduction in property crime,” MacDonald said during an interview.

“And in town, for the first five months, there’s been an 11 per cent reduction in property crime.”

MacDonald said in April, property crime such as break-and-enters fell 21 per cent in Olds and 41 per cent in the rural area, compared to April, 2019.

That trend continued in the rural area in May, when only one break and enter occurred in rural Olds this year, down from two during May, 2019.

However, in the town itself, the trend reversed. Police dealt with two break and enters during May last year and three during May this year.

MacDonald said he’s not certain whether the pandemic lockdown had any effect on the crime rate.

He has another theory instead.

“Certainly one of the factors I think that is at play is the efforts that the Olds, Didsbury and Sundre members have had in pursuing some of our more prolific offenders in the area,” MacDonald said.

He said since about Christmas, members of the Olds, Didsbury and Sundre detachments have executed several search warrants on properties where prolific offenders have been staying or hiding some property.

“I think that had some of an impact on the reduction in the property crime in our three detachment areas, because these offenders are transient,” he said.

MacDonald was asked if COP in Olds and elsewhere is helping to curb crime as well.

He said they weren’t active for months, due to the pandemic lockdown and have just sprung back into action in the last few weeks.

But he believes COP and ORCW are indeed making a positive difference in the crime stats.

“In town it’s great to have the extra set of eyes and ears, the COPs patrolling,” MacDonald said.

“And we’ve been working with municipal enforcement and the COPs to improve some of the processes and look at better ways of doing things moving forward as well.”

The same goes for the rural area.

“On the rural side, the messages that Rural Crime Watch sent out to the rural community members – the rural residents in general – I think that’s helping, because they’re reinforcing that message that we want people to be calling in reports of suspicious activity, suspicious persons, suspicious vehicles,” MacDonald said.

“And we see a lot of success in the outcome of those reports, because when we follow up, those are often leading to people being in possession of stolen property, stolen vehicles.”