Councillor says he can stay on council according to judge 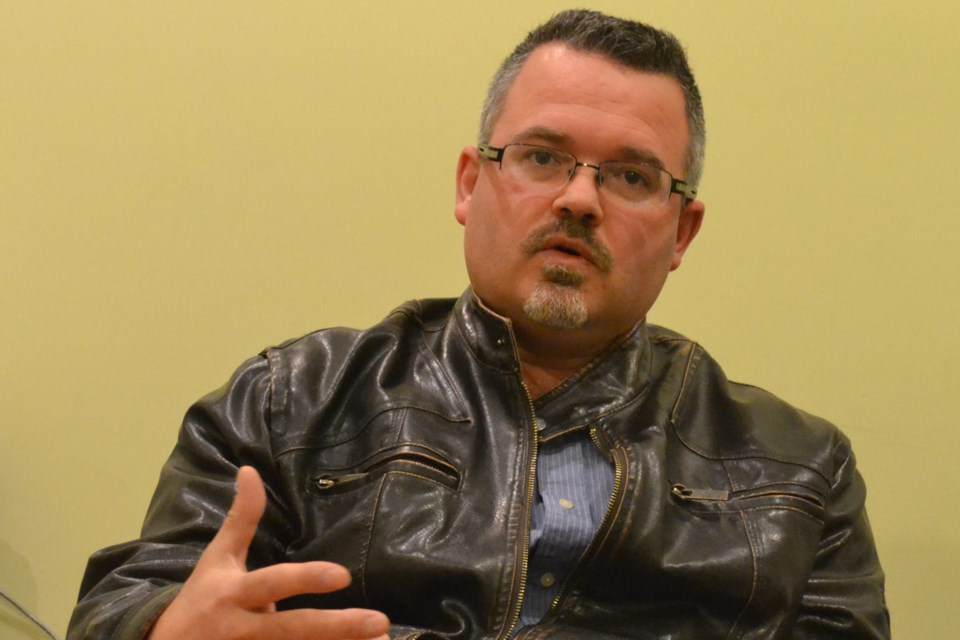 Coun. Mitch Thomson says a Queen's Bench judge has determined he filed election paperwork appropriately so he can remain on town council. CAO Michael Merritt agrees with that in essence, but says town officials will wait for official reports before writing and releasing their own report on the issue. File photo/MVP Staff

OLDS — Coun. Mitch Thomson says a Queen’s Bench judge has ruled that he can remain as a town councillor despite having filed paperwork later than the law allows.

Thomson made that announcement during council’s Sept. 8 policies and priorities meeting.

Chief administrative officer Michael Merritt essentially agreed with that assessment but said town officials would wait until receiving official word on the ruling before commenting further.

Coun. Mary Anne Overwater also expressed a desire to see a report on the matter.

In July, council issued a report on the town’s Jan. 20 byelection (which Thomson won) saying he filed campaign financial information too late under the Local Authorities Election Act.

According to the legislation, in the worst-case scenario, Thomson could be forced to resign his seat.

However, the Act also allows councillors to apply to the Court of Queen's Bench for “relief,” which Thomson did.

When the issue came up in July, Thomson said after the byelection was announced last fall, he downloaded a file from the Town of Olds' website called Running For Municipal Office in Alberta, A Candidate’s Guide.

Unfortunately Thomson said, he didn’t realize that document contained election information as of 2017 and the applicable act had been revised in 2018.

After hearing from both sides, a Queen’s Bench judge gave his ruling on Sept. 4.

“In essence, a judge had an opportunity to review whether I was eligible to continue as a councillor and whether I had acted appropriately,” Thomson told fellow councillors.

“He determined that there were some extenuating situations or circumstances that led to my misbelief in what I needed to do and by when.

“And because I corrected that in a timely manner, he has ruled in my favour and I am, of course, still eligible to (serve as) councillor for the town of Olds.”

Merritt said town officials will wait until they receive “further information” on the ruling as well as a report on it from the Alberta elections commissioner.

However, he said, “I do concur with what Coun. Thomson has indicated in regards to what the judge apparently ruled.”

Coun. Overwater thanked Thomson for his update but said it’s her understanding that council would “definitely like to have a written report” on it.

A different Halloween in Olds tonight
Oct 31, 2020 9:00 AM
Comments
We welcome your feedback and encourage you to share your thoughts. We ask that you be respectful of others and their points of view, refrain from personal attacks and stay on topic. To learn about our commenting policies and how we moderate, please read our Community Guidelines.