More perennials and shrubs rather than annuals to be planted next year
Nov 19, 2020 8:00 AM By: Doug Collie 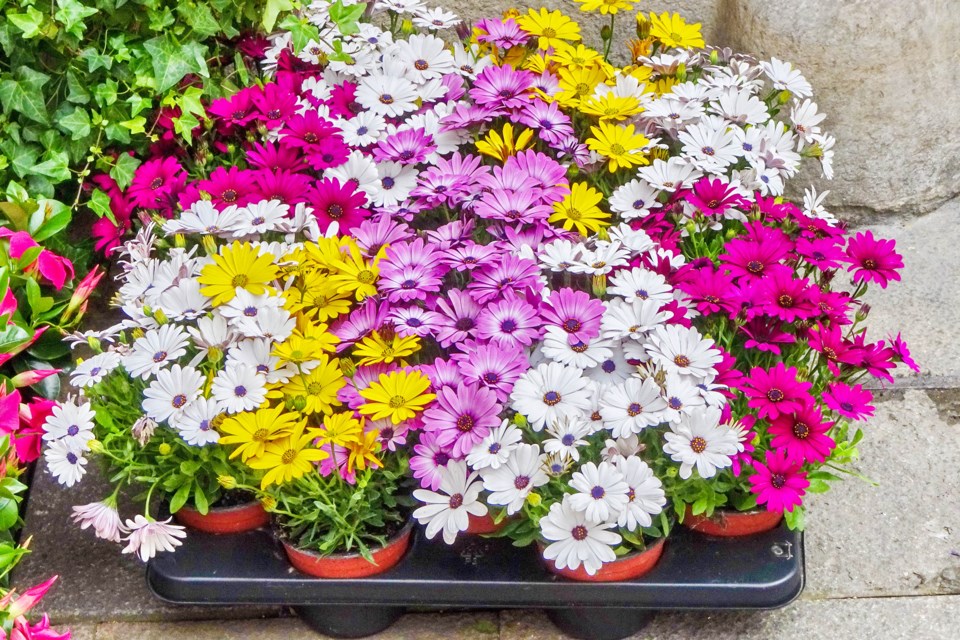 Town of Olds administration said in previous years, flowers to beautify the town would be purchased before the budget was set. Metro stock photo

OLDS — Council has voted to cut its 2021 budget for purchase of flowers, hanging baskets and planters to $25,000, down from administration’s proposed figure of $33,300.

Councillors stressed they’ve loved the sight of flowers throughout the community, but noted that due to COVID-19 and the dismal economy, some very tough decisions needed to be made regarding the town’s next budget.

Debate over what – and how much – to cut lasted about 26 minutes during a council meeting last month.

Chief administrative officer Michael Merritt and operations director Scott Chant said administrative staff brought the matter to council at the time because flowers, baskets etc. needed to be purchased by the end of October.

“In the past, we’ve always ordered the flowers and then through budget discussions and stuff, come up to a bit of a road block, knowing we can’t reduce the budget because we’ve already purchased (them)," he said.

“So kind of putting the cart before the horse, so to speak, so this is why we’re in front of council today, is to give budget considerations."

Chant said staff would follow a suggestion from councillors to plant more perennials and shrubs rather than annuals.

It was conceded that might cost more in the short term but be cheaper in the long run, reducing watering and weeding costs.

At one point, Coun. Heather Ryan suggested eliminating all the planters along the Highway 27 median.

However, Coun. Mary Anne Overwater didn’t like that idea.

She said before planters with flowers were set out along the median “it was stark and barren. All it was was a big concrete slab all the way down the centre of (Highway) 27.”

Coun. Wanda Blatz said an opportunity may come up to increase the budget, if conditions warrant.

“I’m not prepared at this time to approve a budget of $33,000 for plants, no matter how many compliments we get. I think we need to look at this very seriously,” Blatz added.

“And I do appreciate the time and work that administration has put into this and bringing it back to us prior to the budget deliberations and not after.  But I really think that we could always bring back and we can reduce cost for this year only.”

Chant said his staff will make that work.

“It may look weird and odd, seeing less planters out there, but it is a tough year, as everybody said. And hopefully people will respect that those tough decisions did have to be made,” Chant said.