Prediction that companies like Sundial will shop around for best deal
0
Nov 29, 2019 6:25 AM By: Doug Collie 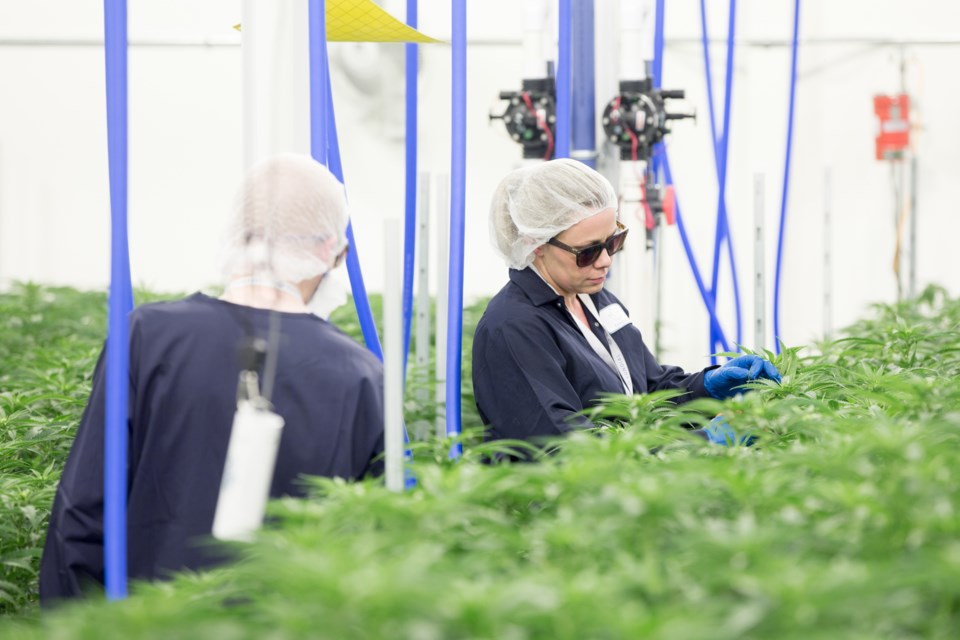 Workers tend to plants in a bud room at Sundial Growers in Olds. File photo/MVP Staff

OLDS — An announcement that cannabis growing companies will no longer be classified as agricultural businesses and thus won't qualify for a tax exemption could end up pitting municipality against municipality as those companies shop around for the best deal, Alberta Cannabis Council executive director John Carle warns.

The change comes into effect in the 2020 tax year.

Municipal Affairs Minister Kaycee Madu made that announcement during the Rural Municipalities of Alberta fall convention, held Nov. 12-15 in Edmonton.

Carle noted Sundial Growers is a major employer in Olds. It has more than 900 employees.

“There’s going to be a lot of conversations with the municipalities. And the unfortunate thing is this decision is going to pit municipality against municipality, because if a company like Sundial is going to open up another grow facility, they’re going to have to shop around for who gives the best property taxes now,” Carle said.

He said cannabis producers like Sundial already pay taxes on administrative and processing facilities, but until now, not on greenhouse operations (grow rooms).

Carle said cannabis growing companies are also hobbled in Alberta compared to other jurisdictions in Canada because the excise tax on everything that they sell to Alberta Gaming, Liquor and Cannabis (AGLC) totals 24.3 per cent, compared to 7.5 per cent in a couple of other provinces. However, it’s 26.8 per cent in Nunavut.

That said, Carle is pretty sure Sundial will be able to work something out with Olds officials.

“I’m pretty confident that Sundial will be able to sit down with your council and say, ‘guys, before you implement this whole hog, could you stagger it over three or four years for us? You know, give us a year’s reprieve to get ready? Help us out a little bit here,’” Carle said.

“The cannabis producers and the cannabis industry are not anti-municipality,” he said.

“We’re very much supportive of our municipalities. We would be more than happy to pay the property taxes that they want from us – and more, even – if we could get the excise tax under control.

“But when we’re paying almost a 25 per cent excise tax on top of the cost of the cannabis and the manufacturing there’s not a wiggle room left. And this pushes us over the edge in some cases. So it’s really unfortunate that it had to be handled this way.”

Carle said no one from the provincial government consulted the cannabis industry before implementing the tax change.

“We knew that they were in discussion to plan this and we’ve reached out to the minister of Municipal Affairs on multiple occasions and we’ve had nothing but silence from them.

“The first contact we got from them directly was when we got an email from one of his staff letting us know this was happening. So we got about an hour’s notice,” he said.

Timothy Gerwing, press secretary for Madu, says there was opportunity for the industry to be aware of what was under consideration.

“In August, the minister said the government would ‘likely propose recommendations for change,’ at the Jobs and Economy Cabinet Policy Committee, so it should come as no surprise now,” Gerwing wrote in an email.

“It is important to note that this change is not unique to Alberta. British Columbia, Ontario, Manitoba and Saskatchewan have all taken steps to implement similar rules.”

Gerwing noted that under Bill 7, Alberta municipalities can offer property tax incentives “where they see fit.”

He pointed out the announcement has been welcomed by members of the RMA and Alberta Urban Municipalities Association.

Gerwing was asked by email if Madu or his staff ever consulted directly with representatives of the industry face to face or by phone to tell them what was contemplated and ask for their input. However he did not reply to that email by press time.

“The town has always been open to have a discussion with the cannabis industry,” Olds chief administrative officer Michael Merritt said. “We will listen to any ideas that they may have. At this time we have not had a chance to discuss this matter. However, their concerns need to be weighed by the concerns of all businesses and taxpayers.”

Carle was asked if his organization plans to meet with Madu or others in the provincial government to try to reverse the decision.

“Reversing it is going to be an impossibility. It’s done,” he said.

Olds baton club twirlers compete at international event today
Jan 17, 2020 2:25 PM
Comments
We welcome your feedback and encourage you to share your thoughts on this story. We ask that you be respectful of others and their points of view, refrain from personal attacks and stay on topic. To learn about our commenting policies and how we moderate, please read our Community Guidelines.