An Olds businessman is upset that he lost out in a bid to install a new bulk water station in Bowden. However, Greg Skotheim, the community's chief administrative officer (CAO), says the town did nothing wrong and he stands by the decision.
Oct 22, 2019 10:10 AM By: Doug Collie 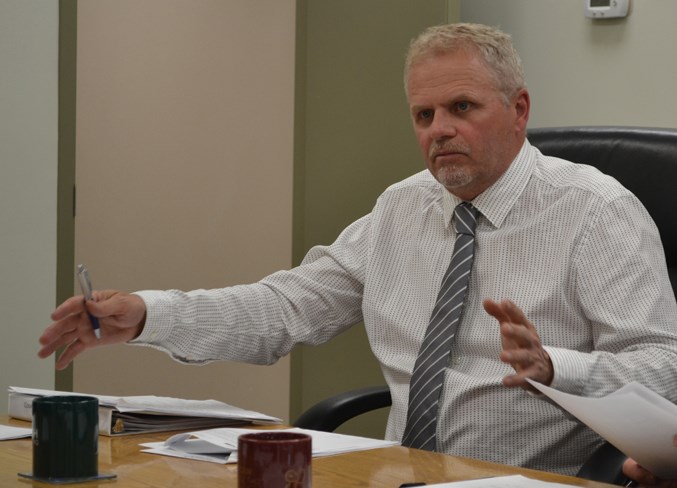 Bowden chief administrative officer Greg Skotheim says the town did nothing wrong in regard to its bulk water station replacement and he stands by the decision.

An Olds businessman is upset that he lost out in a bid to install a new bulk water station in Bowden. However, Greg Skotheim, the community's chief administrative officer (CAO), says the town did nothing wrong and he stands by the decision.

The new facility is expected to begin operation this week.

Back in July, Skotheim suggested to council that a new bulk water system be installed in the town which local and nearby residents could access through an account or inserting coins in a slot. The plan was to install it at the town reservoir on 24A Crescent.

It replaces an old one that hasn’t worked for about a decade. Skotheim recommended spending up to $22,000 on the project, pending receipt of grant money from the province.

Councillors liked the idea in general, but wanted at least one more quote, so they accepted the proposal as information, pending the other quotes. Skotheim got four.

Hans Janssen of Olds-based J.C. Industries submitted a tender. However, in the end, council chose Johlin Measurement Ltd. of Calgary and Turner Valley.

Janssen doesn't like the way the matter was handled.

He believes he submitted a price and that after a story about it was published in the Albertan, the town went with another lower, bidder. He believes competing companies had the advantage of knowing his price by reading the story in the Albertan.

He said he went to Skotheim offering to quote a new, lower price but that Skotheim turned that proposal down.

"I thought it was very unfair," he said during an interview with the Albertan.

Skotheim denies other firms had the advantage of knowing Janssen's price via the story.

"At that point I thought we'd have to pretty well stick with his unit, like refurbish it. But council said, 'no, we want to go with a new system and get some more tenders.' So I went out and got four more tenders and I used his numbers and the new numbers were lower," Skotheim said.

He does confirm that he would not accept a second bid from Janssen.

Janssen noted that years ago, he bid on — and won — a project to build a similar system in Didsbury. Skotheim was that town's manager of public works and infrastructure before taking the CAO position in Bowden.

Before that, he served as director of operations and infrastructure as well as director of emergency management and community services manager for the Town of Three Hills. Skotheim notes at that time, Johlin Measurements Ltd. won the bid to install a system there which has also worked well.