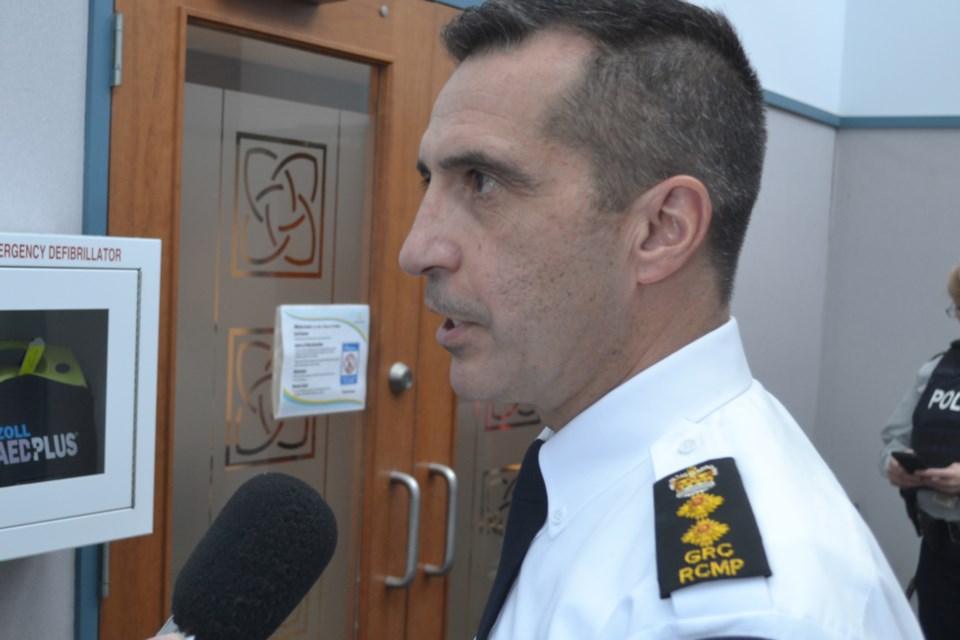 OLDS — The RCMP auxiliary police officer program will be coming back to the province, likely as early as this summer, a senior RCMP officer says.

Trevor Daroux, chief superintendent of the RCMP southern Alberta district, told reporters the program could be up and running by around summertime.

Changes to the program were made after St. Albert RCMP Const. David Wynn, 42, was fatally shot and Aux. Const. Derek Bond, 49, was injured in 2015 by a gunman who later killed himself.

Coun. Mary Jane Harper noted the Olds RCMP detachment used to have some auxiliary constables. She asked if they’d be reinstated – specifically in Olds.

“The program is almost ready to be launched in this province right now, but it will be different,” Daroux said.

“It’ll be more focusing on that prevention, early intervention; the education side that we’re talking about.”

He also said the uniform will look different from a regular RCMP officer’s uniform.

“It’s a great resource,” Daroux said, “a valuable resource. We’ve just got to be sure that it’s safe.”

Child care centres re-openings not in towns for now
Apr 4, 2020 2:30 PM
Comments
We welcome your feedback and encourage you to share your thoughts on this story. We ask that you be respectful of others and their points of view, refrain from personal attacks and stay on topic. To learn about our commenting policies and how we moderate, please read our Community Guidelines.