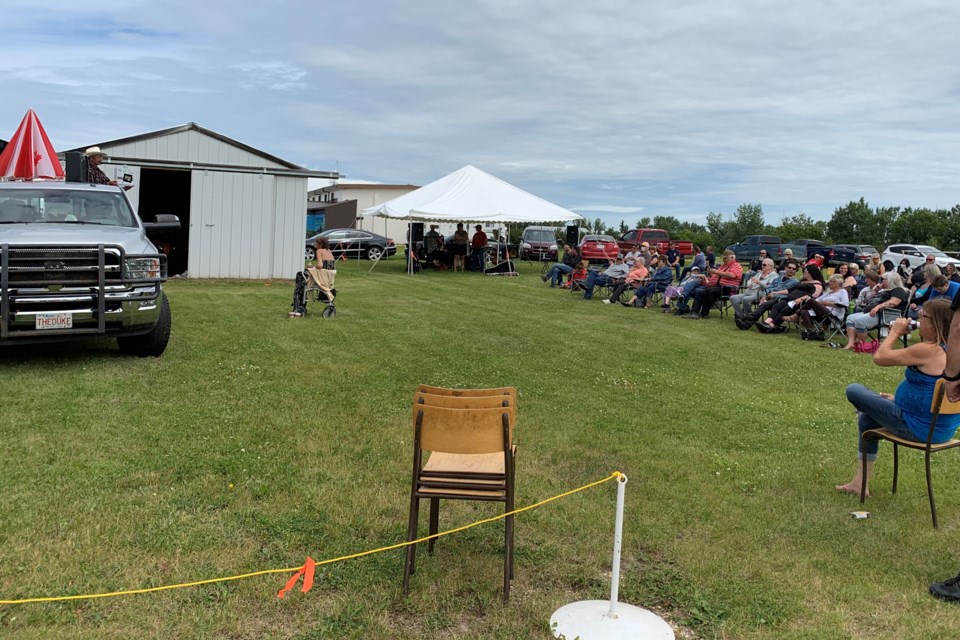 About 50 attended a fundraising auction for Tom and Marg Adamson whose property was hit by fire on June 30. Photo courtesy of Kim Salmond

TORRINGTON — About $6,000 was raised on Sunday, July 19 during an auction for a couple whose home was hit by fire.

The auction, held at the Torrington Community Hall, attracted about 50 people.

A home in Torrington belonging to Tom and Marg Adamson was hit by fire on June 30.

The couple, who have lived in the community for more than 20 years, lost their home and belongings in the blaze.

Tom and Marg and their brother-in-law Van who were in the home at the time all got out safely and received medical attention.

Ken McDonnell, president of the Torrington Community Hall, said members of the Lions Club presented a cheque for $1,000 during the auction.

Those in the crowd included members of Bikers Against Bullying.