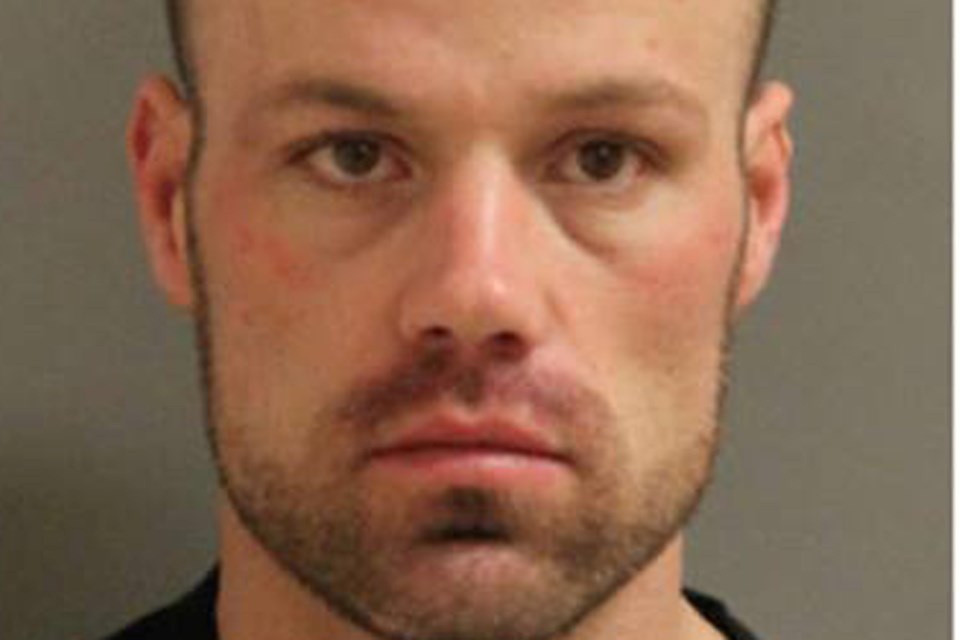 RCMP have arrested Mitchell Engler who is facing 23 charges related to a search of a property in DeWinton where stolen items were located. Photo courtesy of RCMP

Mitchell Engler, 35, of no fixed address, was arrested on Oct. 22 on five arrest warrants with a total of 23 charges, including flight from police, dangerous operation of a motor vehicle, possession of stolen property and failing to comply with conditions of release.

He had been released on $2,000 cash bail on Sept. 12 but allegedly failed to comply with release conditions.

Engler has been remanded into custody and is scheduled to appear in Calgary provincial court on Nov. 2.

Acting on a warrant on Oct. 23, police conducted a search of a property in DeWinton where they found three diesel pickup trucks and a large quantity of what are believed to be stolen hand tools with the initials SDK on them.

Anyone recognizing the items is being asked to contact the Southern Alberta District Crime Reduction Unit at 1-403-901-3293.