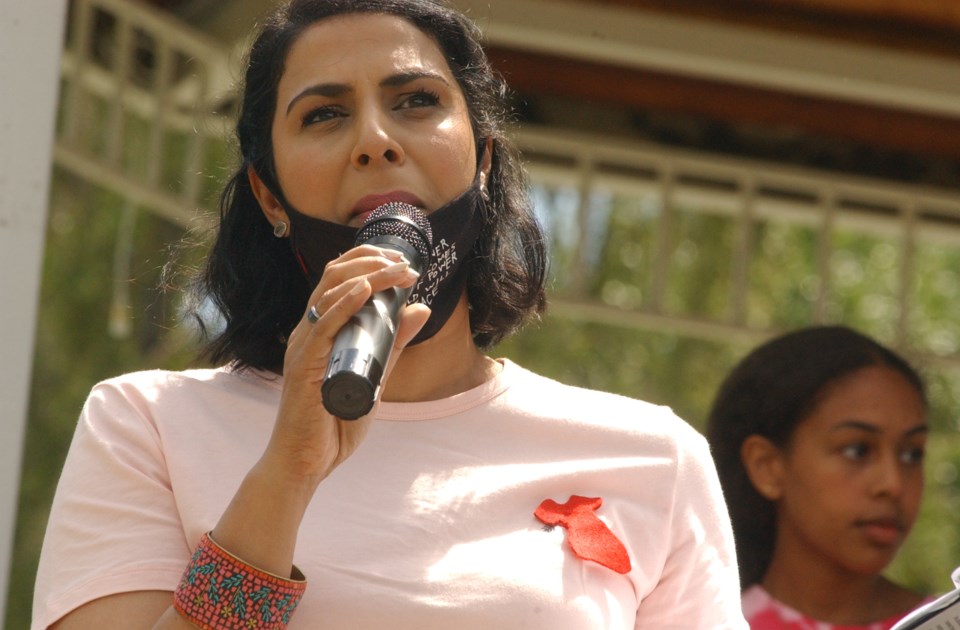 OLDS — Speakers at Saturday’s anti-racism rally at Centennial Park called for more to be done to fight discrimination in rural communities, including in central Alberta.

Sponsored by Ubuntu – Mobilizing Central Alberta, the rally was held to raise awareness of racism issues and to promote community action.

“You are on the right side of these historical movements that are taking place here in central Alberta,” said Khan. “I want you act locally. I don’t want you to think racism is another country’s problem. We are in 2020 and there is no excuse to say ‘I have no idea what is happening.’ Racism is an Alberta issue and it’s a community issue.

She called on community leaders to spearhead anti-racism efforts in the region.

“We need to be really slow to anger when we are talking to someone,” he said.

“I would like everyone be able to start a conversation so we can assess the damage that has been done to the Black community.”

Several other speakers at the rally also called for community action.