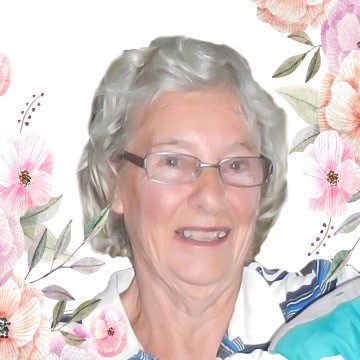 It is with great sadness that the family of June Elizabeth Young announces her passing on May 15, 2020 in Sundre, Alberta at the age of 86.

June Ellson was born in Belfast, Northern Ireland on June 23, 1933. She married Benjamin Young (deceased 2008), on April 2, 1957. Later that same year the couple immigrated in Canada settling in Toronto, Ontario. The couple moved to Winnipeg, Manitoba for work in 1959 and to start a family. The family moved to Calgary, Alberta in 1974, and Ben and June retired to Sundre in 1999.

June worked in office administration for many years before devoting her time to training her many dogs. She won many awards with her dogs before retiring from that activity. June had a passion for dogs and had at least one dog most of her life. She trained her dogs on a daily basis and was a member of the Canadian Kennel Club for many years. Her favorite past-time was to go camping and go on long walks with her dogs. She had a quick Irish wit which she pasted on to her children. Despite living in Canada for over 60 years she always retained her Northern Ireland accent.

June will be remembered as a kind woman who was always positive and calm under pressure. She is survived by her children George, Sandra (Robert), Dawn (John) and granddaughter Shaunda.

In lieu of flowers, interested parties are requested to make a donation to Guidedogs.ca.

MOON, Donald (Don) F.
Sep 21, 2020 2:21 PM
Comments
We welcome your feedback and encourage you to share your thoughts. We ask that you be respectful of others and their points of view, refrain from personal attacks and stay on topic. To learn about our commenting policies and how we moderate, please read our Community Guidelines.