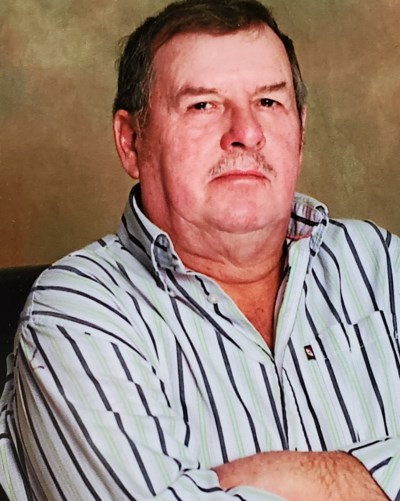 Jack was born in Innisfail, Alberta on January 14, 1947, the first of six children, born to Johnnie and Elaine Swain. He attended the Cottonwood School and later, attended school in Innisfail. He was a gifted student and over the course of his school career was moved ahead not one, but two grades before leaving school for work. Jack had a keen interest in animals, cars, the outdoors and machinery, growing up and throughout his life. Jack married Karen Hileman on June 7, 1969 and they welcomed two children together; Colin Michael in 1971 and Jacquelynn Lisa in 1974. They lived in the City of Calgary for a short time after they were married, and then moved back to Innisfail and made it their home.

One of Jack’s greatest traits was his work ethic. Over the years, Jack worked in many Industries, including Oil and Gas, Seismic Exploration, Long Haul Trucking, Pipeline and finally, his true calling of owning and operating his Landscaping Company, Landmark Enterprises, out of Innisfail.

Jack will be lovingly remembered by his daughter, Jacqui and her husband, Cam; his brother, Allan (Linda), his sisters, Rosalie (Al) and Shirley, and his youngest brother and best friend, Gibson. He will also be sadly missed by his brothers-in-law, Russell, Stan, Don and Richard and his sisters-in-law, Myra, Janice, Leslie and Kathy; as well as numerous loving nieces, nephews and family friends.

Jack was predeceased by his wife, Karen; a son, Colin; his parents, Johnnie and Elaine; a sister, Marsha; and his mother-in-law, Muriel Hileman.

KREIL, Tony Calvin
Jul 10, 2020 3:26 PM
Comments
We welcome your feedback and encourage you to share your thoughts. We ask that you be respectful of others and their points of view, refrain from personal attacks and stay on topic. To learn about our commenting policies and how we moderate, please read our Community Guidelines.