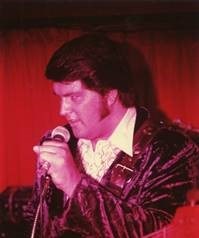 With great sorrow, the family announces the passing of Bob on Thursday January 23, 2020.

Left to cherish his memory are sister Darlene (John), sister-in-law Elaine, and numerous nephews and nieces. He was predeceased by his parents John and Lena Skrypnyk, brothers Ed and Larry.

Bob was born on February 22, 1952. He began his working career with C.N.R holding a number of positions in the organization. However his passion was with music. He had formed the Chaparrals band with his brother Larry and father John. The band had success locally and Bob and Larry took the band on the road in 1983 touring SK, AB, and BC. Bob managed the band, played bass guitar & accordion, and demonstrated his skills as an artist by designing promotional materials including the Tumbleweed van. They put on a music festival in Brooks AB that attracted many international performers. During the years Bob’s passion and creativity led him into photography, a sign & awning business, graphic art, and digital mixing of records and videos. In his later years he settled in Torrington, AB to be with his brother Larry and help him with his business.

Bob had great love for his brother Larry who was the centre piece of his life. He worked tirelessly to advance Larry’s musical career and support his businesses endeavours. While he had a tough exterior, he really did have a heart of gold. He cared about the friends he made over the years and reached out through social media to stay in touch. Special thanks to Bob’s friends Garth, Ron, Paul, Greg, Isabelle, and Anita for all their support as Bob’s health failed.

Cremation has taken place and a private internment will take place at Transcona cemetery. The family would like to thank the nursing staff at the Olds, AB Hospital for the care they provided Bob over several years.