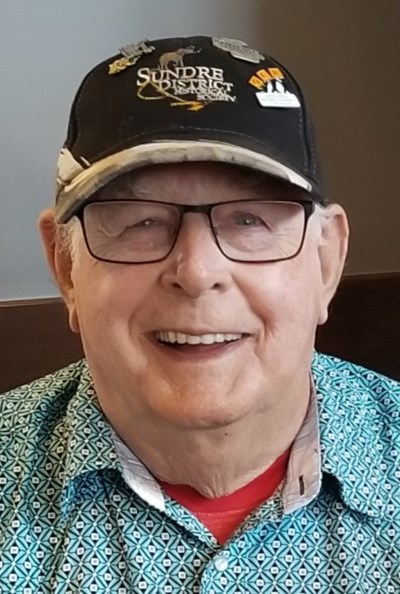 Howard Garry Payne, aka Pop’s was born on October 19, 1941 in Ontario and passed away in his 79th year on April 29, 2020 in Red Deer, Alberta. He was predeceased by his wife Norma Payne in 1995 and is survived by his children Chantel Davis (Dave), Carissa Davis (Dean), and step children, Norman Iverson, John Iverson (Cindy), Sherry Greydanus (Kerry), Les Powers, 19 grandchildren and 15 great grandchildren.

Howard grew up in foster homes and farms in the Toronto area, moving to Thunder Bay in 1968 where he met and married Beth Davis and welcomed his daughters Chantel and Carissa. Howard moved to Calgary in 1982 where he fell in love with Norma Barber and her children.  They were married in 1985, sadly Norma passed away in 1995.

Howard spent years enjoying his grandchildren in Calgary creating special bonds with each of them.  Sleep overs, Stampede Parades and adventures were always on the agenda.  In 1998 he moved back to Thunder Bay to be close to his daughters and grandchildren there, ensuring the special bond was felt by them as well. Howard and his cat Charlie moved back to Alberta in 2006 residing with John and Cindy at the farm in Sundre until his time of passing.

Howard had an amazing way of interacting with everyone he met.  He fondly remembered his teenage years on the farm and was thrilled to try his hand at farming in his later years. Whether it was through volunteering with the Elks and the Sundre Museum or his love of wrestling and hockey, he had a way of bringing a smile to all.  He loved Tuesday bingo, friendly sports betting and visiting with friends and staff at the Sundre Hotel.    Howard will be greatly missed by his family and friends throughout Alberta and Ontario.

If friends or family so desire, memorial donations may be made to the Sundre Elks or Sundre Museum in Howard's honour.

A celebration of life will be announced once the pandemic restrictions are lifted.