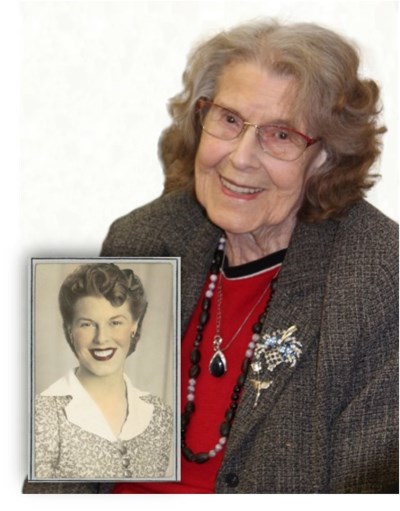 It is with great sadness the family of Esther (Ehret) Moon announces her passing on March 18, 2021 at the age of 97.

Esther was born in Didsbury, June 30, 1923. In 1947 Esther married Frank Moon. They made their home first in Didsbury and then settled in Olds to raise their boys. Esther was well known around Olds for her big smile as she worked in Builders Hardware, Link Hardware, Yoder Hardware and Olds Value Drug Mart.

During their retirement, Frank and Esther enjoyed gardening and caring for their dogs, cats, fish, and birds. Camping with Ann and Gordie Kalin was always a highlight. Frank and Esther moved into Sunrise Village now known as Season’s Retirement Centre. Frank passed away in 2012. The many residence and staff became her family and to all of these wonderful people, we thank you for your friendship and care.

Cremation has taken place and a graveside service will be held at a later date. Heartland Funeral Services, Ltd., Olds, entrusted with arrangements. 403-507-8610. Condolences may be sent or viewed at www.heartlandfuneralservices.com.