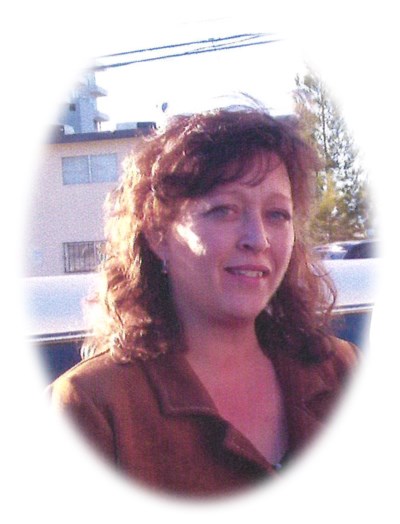 Jacqueline ‘Jackie’ McNutt (Malsbury) was born July 3, 1963 in Red Deer, Alberta and passed away on May 25, 2020 in the Rocky Mountain House Hospital at the age of 56 after a short battle with cancer.

She lived on the family farm east of Penhold and attended Innisfail School. After leaving school she lived in Innisfail for a brief time before moving to the Caroline area where she has resided ever since and met her soul mate and husband Rick McNutt.

She opened her Westside Liquor Store where she could combine socializing with working and made many good and lasting friends. Farming, camping and the great outdoors were Jackie’s passions. She had developed an interest in woodworking, purchased some tools and set up a corner in the shop for her hobby.

At Jackie’s request no funeral will be held.

Those wishing to make a memorial donation in Jackie’s name may do so to the Rocky Hospital Palliative Care Unit, STARS, Cancer Society or to a charity of the donor’s choice.

Condolences can be sent or viewed at Rocky Funeral Home, www.rockyfuneralhome.ca.

WITTAL, Adam
Jul 3, 2020 11:54 AM
Comments
We welcome your feedback and encourage you to share your thoughts. We ask that you be respectful of others and their points of view, refrain from personal attacks and stay on topic. To learn about our commenting policies and how we moderate, please read our Community Guidelines.