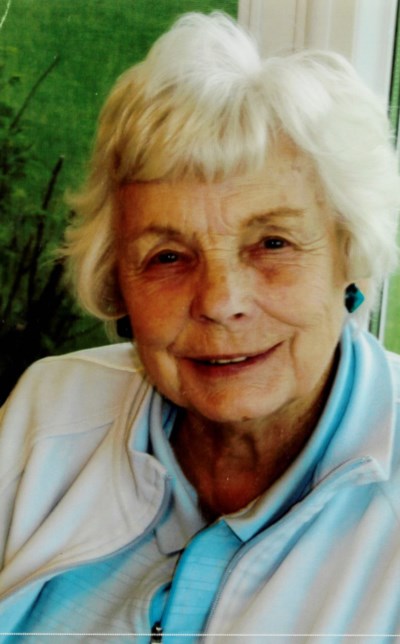 It is with heavy hearts the family of Betty McMullen announces her passing on Sunday, September 6, 2020 at the age of 93 years.

Betty was born the 3rd youngest of 7 daughters to Henry and Emily Reimer on July 30, 1927. She grew up and attended school at Elkton and finished High School in Didsbury. Betty graduated and went to U of A for 2 years and obtained her Teaching Diploma and taught at Wimborne, Arrowood and back at Elkton briefly before marrying Don McMullen on August 19, 1950. They settled in Didsbury, built their own home and lived in town until 1968, when they purchased the Ranald Johnston Farm. Betty and Don moved to the farm in the fall of that year. Four boys were born to Don and Betty; Patrick, Brian, Scott and Alan. As well as farming ¾ of a section they also ran a custom gravel crushing operation from 1956 until 1995. They travelled extensively and wintered in Yuma for nearly 20 years.

Betty was predeceased by her husband Don in 2016; 2 sons Patrick and Scott and 4 of her sisters.

She will be sadly missed by her sons Alan (Gale), Brian (Jan); grandchildren Sean, Ryan, Kelsey, Emily, Danielle, Ian, Steven and 6 great grandchildren. No service will be held, as per mom’s wishes but a private family gathering will be held at a later date.  Heartland Funeral Services Ltd., Didsbury entrusted with arrangements. 403-335-4773  www.heartlandfuneralservices.com