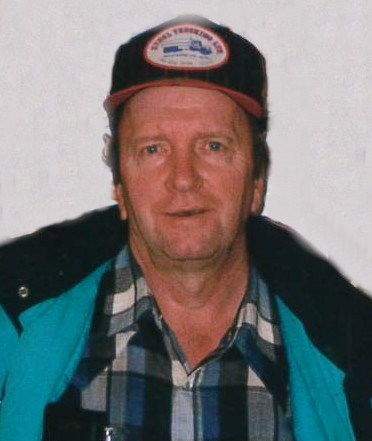 1949-2021
The family of Albert John Koenig are broken-hearted as they announce the passing of Albert in the early morning hours of March 22, 2021, at the age of 72 in the Sundre Hospital.

Albert was born in Rimbey on February 21, 1949, and lived on the family farm at Bluffton.    In 1955, the family relocated to Enderby, B.C. to a "hillside" farm where Albert started Grade 1 and where some of his fondest memories were generated - herding cows from the mountain for milking, riding sleighs down the hill, picking apples and fighting the bears to see who got them first. The family then returned to Alberta in 1961 where his parents bought and ran the Westward Ho General Store for close to 40 years.  Albert attended Sundre School until Grade 9 but school did not retain his interest.

He wanted to experience life and decided to try truck driving, realizing this was enjoyable and could be his profession.  He drove a single axle tank truck for Bob Campkin ultimately purchasing this unit and remained in the oil and gas industry for 42 years, from age 16 to 68.  He was a true professional who believed in doing an exemplary job until it came to the paperwork! He met Helen Rycroft in April, 1974 and married in August, a whirlwind romance that continued until the day he was taken from us.  They had one son on January 5, 1976, Brett John of whom they were and are very proud of.

Albert's interests included camping, snowmobiling, motorbike riding, cards, watching TV and spending time with their many family, friends and pets.  He loved gardening with Helen and took pride in the work they did with the gorgeous results.  He was also Mr. Fix-It.  There was very little that he couldn't figure out or repair.  Most impressive was his capabilities on the computer which remained rocket science to most of us. Albert and Helen became grandparents when Brett's children, Jacob Evan, born November 29, 2007 and Emily Rose, July 7, 2009, arrived and became his next pet project.  He loved them with a passion and did everything he could to enrich their lives.  Albert took good care of his family and was always there whenever needed. He was a wonderful man with gentle soul and a kind heart.  He never complained even when ill although he did have the odd temper spasm. His presence will be forever missed.

He was predeceased by his parents Andrew and Margaret Koenig; his in-laws Monty and Jennie Rycroft; sister Darlene Gibson and brother-in-law Gary Barnes. A family gathering will be held at a later date.  In lieu of flowers, memorial tributes may be made directly to the Alberta Diabetes Foundation. Heartland Funeral Services Ltd., Olds entrusted with arrangements. 403-507-8610  Condolences may be sent or viewed at www.heartlandfuneralservices.com.