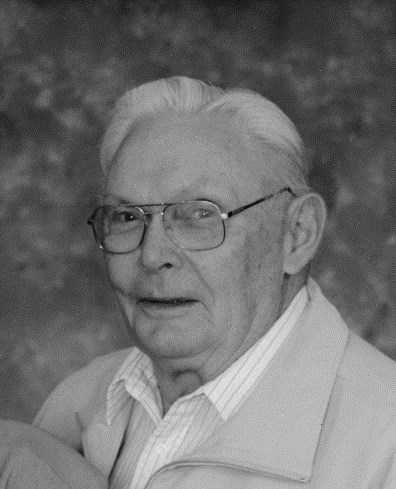 Murray was born in Lethbridge, raised in the Carstairs / Didsbury area, and graduated from Banff High School. He received his B.Sc. of Agriculture from the University of Alberta in 1953 where he met the love of his life Joan Aplin. They were married for a wonderful and fulfilling 64 years.

He later got his teaching certificate and went on to be a prominent figure in beef production education at Fairview College, Lakeland (Vermilion), and Olds College for 31 years before retiring in 1988. He was an active member of the Masonic Lodge, Antique Tractor Club & Kiwanis Club, as well as a Scout Leader when his kids were younger. The highest priority for Murray was family and being active in the community building lifelong friendships. He had a love for the outdoors, camping, and fishing. Murray loved wood working, restoring his antique tractors and spending time with his children and their families. As empty nesters Murray and Joan were avid travellers and managed to visit every continent except Africa.

A private family ceremony was held in Olds at internment, a Celebration of Murray’s life will be announced at a future date. In lieu of flowers, donations in memory of Murray can be made to the Alzheimer Society.