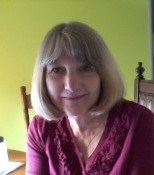 It is with great sadness that we announce the passing of Mrs. Judith Ann ‘Judy’ Fitzgerald, with her family by her side, at the Innisfail Health Centre on Friday, March 26, 2021 at the age of 79 years.

Judy was born in Ilfracombe, North Devon, England on October 9, 1941. She did not meet her father until she was six years old; as he was a British Soldier off at war in Egypt, during WWII.  Judy was raised in the Village of Walditch. After her schooling, Judy went on to work at Banks in Bridport and London, United Kingdom.

She married Patrick Fitzgerald in 1968.  A few years later, they emigrated to Alberta, Canada.  Pat came first in 1973, Judy, and their one and a half year old daughter, soon followed in May of the same year.  They moved throughout the Province, finally settling in Central Alberta.  Being an only child, her parents, from Great Britain, swiftly moved to join the family farm in 1977.  With new opportunities, Pat, Judy and the family made the move to Eckville.  Judy worked at the Eckville Manor House from 1984 -1990; Canada was now home.  In 1987, Judy, Pat and Jennifer became Canadian Citizens.

Judy enjoyed travelling, camping, knitting and many hours spent in the garden.  Judy will be lovingly remembered by her daughter, Jennifer of Eckville, her son, Steven (Valerie) of Innisfail; and her five grandchildren, Ashley (Anand), Andrew and Ava (and their mother, Lorrilyn Fitzgerald of Penhold) and Stella and Felix.  She will also be dearly missed by her cousin, Wendy (John), her brother-in-law, Peter (Ann), her three sisters-in-law, Geraldine (Ron), Gillian (Michael) and Anne (Kevin); as well as several nieces and nephews, all in the United Kingdom, her close friend Gene and her dog, Tilly.